What the F Team do we have in store for you today?

Today the Alphabet league moves on the letter F today, with a team that has some excellent scoring options, a pair of defensive stalwarts, and the coolest cat to ever grace the hardwood.

Whilst we've taken some ABA superstars and early era NBA legends into our Alphabet teams so far, we haven't delved as far back into the pages of history as we do with a member of the F team.

The debate rages about who is the greatest Knick of all time: E Team centre Patrick Ewing or Clyde Frazier. My vote is with the most stylish man in the world. I urge you; beg of you; DEMAND you to google image ‘Clyde Frazier fashion’. As wonderful a basketballer as he was, he’s not my basketball hero. He might just be my hero in every other way, though. Seriously, if you don’t look at the below picture and want to be this man, I can’t help you: 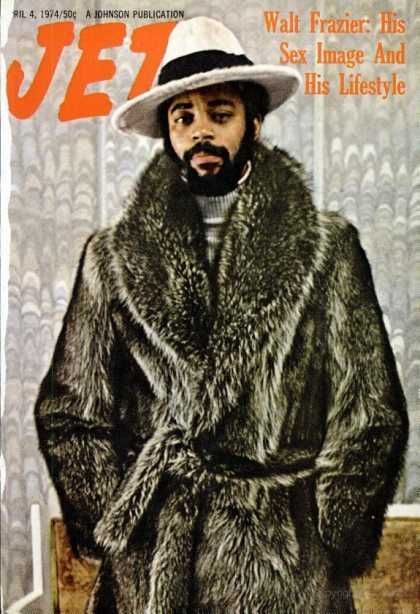 But back to Clyde the basketballer. Willis Reed is mythologised, but it was Frazier that was the best player on the Knicks championship teams in the early 70’s. The Hall of Famer was a 7 time All Star, 7 time All Defensive nomination and won 6 All NBA awards. Steals were not recorded until Clyde’s age 28 season, where he averaged a pair of steals a night, anecdotally well below what he would have averaged early in his career. His hands and anticipation were amongst the best in the history of the sport.

At 6’4”, Frazier was a tall point guard for the era and that was reflected in his strong rebounding numbers. He wasn’t especially fast though he was a masterful manipulator of space. He was one of the first people to utilise dribbling through the legs and around the back in game situations and used a dazzling array of up fakes, up and unders, jab steps and spins to create the space he needed.

Born Lloyd B Free – ‘World’ was a playground nickname before he legally adopted the moniker – Free was an all out scorer from the guard position in the 1970’s and 80’s. He twice finished runner up to George Gervin in the scoring race, putting up 30.2 points per game in 1980 for the Clippers, the season in which he gained his sole All Star and All NBA berths.

Free had a ballerina’s agility and was a fluid finisher in the paint who, despite his 6’2” frame, would search for contact and acrobatically adjust his body to gain many a three point play opportunity. He was also known for his feathery rainbow jumper that seemed to take an age to nestle in the bottom of the net.

A 20 point per game scorer throughout his career, Free’s ability to fill it up was never doubted, but he was a one-on-one gunner at heart. As thrilling as it was to watch him take on – and usually beat - his man, he was not a natural playmaker and paid precious little attention to defense, so his fit on successful teams was difficult. He was, in the modern parlance, a floor raiser.

Free’s colourful game has translated to his post career where, as well as being a player development coach with the 76ers, he is one of the team’s community ambassadors, where his gregarious nature can run, well, free!

An oft forgotten star of the late 90’s and early 00’s, Michael Finley will fill the small forward spot on our F Team.

The 15 year veteran was a productive scorer in his prime, scoring close to 20 points a game through his eight and a half seasons with the Dallas Mavericks. It’s often forgotten that Finley started his career in Phoenix, averaging 15 points as a rookie, before being the feature asset in the Jason Kidd trade. Finley shined in Dallas, teaming with Dirk Nowitzki and Steve Nash to lead one of the NBA’s most prolific offenses.

Finley was an explosive leaper who competed in a pair of All Star weekend Dunk Competitions. In his early days he threw it down on noted shot blockers like David Robinson and Dikembe Mutombo.

Finley enjoyed a fruitful 2nd career phase as the veteran 6th man for the Spurs, winning a ring in 2007, before hanging up the boots at the end of the 2010 season, aged 37.

So far in the unveiling of our All Alphabet teams, we’ve had current day players, NBA legends from all eras, and ABA superstars. We’ve yet to delve back into the BAA & NBL days (for the uninitiated, they were the leagues that merged in 1949 to form the NBA) until now.

Philadelphia Warriors star forward Jumpin’ Joe Fulks is our first pre NBA representative. Fulks played for the Philadelphia Warriors from 1946 through the merger and up to 1954. Fulks was an out and out scorer who lived by the ‘you miss every shot you don’t take’ mantra.

The forward led the BAA is scoring on two occasions, and finished 2nd in 1949 with 26 points per game (his career high). He was an acrobatic finisher who was one of the first players to utilise the threat of a jump shot to open up a driving lane. That being said, he wasn’t the most efficient shooter, with a poor 30.2% field goal percentage through his career.

Fulks was the first professional player to break the 50 point barrier, when he poured in 63 in a 1949 game against Indianapolis. It was the fourth time he’d held the record for most points scored in a game.

An unsexy choice to man the middle for the F Team, but Favors is a universally underrated player. A combination of injures and a career spent playing out of position has undoubtedly hurt the perception of the #3 pick from the 2010 draft.

Be it playing alongside a low post scorer in Enes Kanter, or a defensive wall in Rudy Gobert, Favors – a natural centre - has spent his career catering to more credentialed teammates by playing as a power forward; his only season spent as a full time five man being this current campaign in New Orleans.

Still somehow only 28 years old, Favors plays like an older man, due to the back and lower body injuries he’s suffered over the past 4 years. It’s a shame as Favors looked to be one of the leagues best young big men for a time. After starting his career playing behind Paul Millsap, he moved into the Jazz starting line-up in 2014 and became a walking double double, peaking in the 2016 season – when he was still only 24 years old) with 16.4 points, 8.1 boards, 1.5 blocks and 1.2 steals.

A bruising low post player when healthy, Favors has dabbled with the corner three out of necessity but is at home close to the basket. He is still an excellent screener and powerful finisher on the roll. Despite his injuries, he remains a defensive force and is the linchpin of a Pelicans defense that improved greatly once he returned from injury.

An uncomplicated player, Favors does what needs to be done to help his team win. Despite his understated game, Favors led the Pelicans in rebounds and blocks per game as well as finishing in the Pellies top three this season in PER and Win Shares.