The most open season for many years has given supporters of just about every NBA team something to cheer for. The Clippers are a genuine title contender for the first time in....well, it's the first time. Their cross corridor rivals have risen to former glories. The Bucks are in line for their first title in almost 50 years. Toronto are resolute in the defense of their crown, despite a harrowing injury list. Even Warriors fans have watched potential rotation pieces in Eric Paschall and Ky Bowman evolve before their very eyes.

This week marked the official half way point of NBA season 2019/20. It's time to reflect on what we've seen so far and what better way to do that, than go back to my pre-season predictions and see just how much of an 'expert' I really am.

If you'll recall, my predictions were for the main end of season awards: MVP, Rookie of the Year, Defensive Player of the Year, Coach of the Year, 6th Man of the Year and Most Improved Player.

Let's see who are our provisional award winners at the season's mid point. 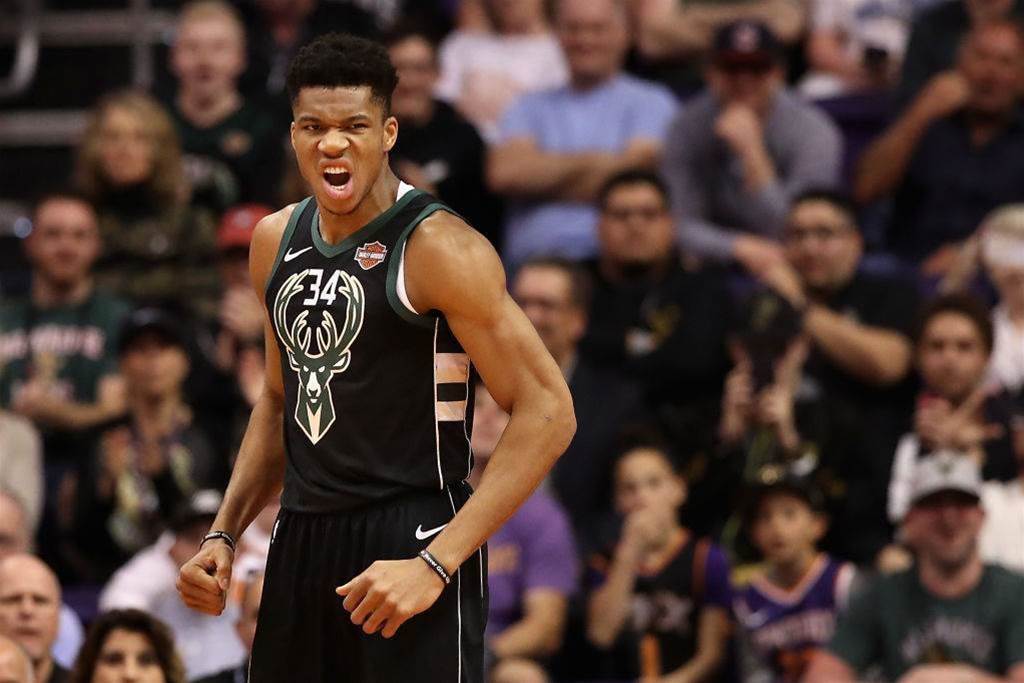 Well, that prediction hasn't gone quite as expected.

Even before he broke his hand, Curry was looking merely very good – a sharp decline from his usual transcendence. This is a lost season for the Warriors and the 31 year old appears to have approached it as such. Here's to next seasons Golden State Revenge tour.

But onto the man of the moment, Giannis Antetokounmpo. The Greek Freak is putting up his now customary big numbers: 30.1 points, 12.9 rebounds, 1.7 made 3's (all are career highs), 5.5 assists, 1.2 steals and 1.1 blocks per contest. He's led his club to a commanding 38-6 record, with the Bucks heading towards the NBA's 3rd ever 70 win campaign.

Just as it was last season, the sheer weight of James Harden's offensive contributions make an enticing case, but if you dig a little deeper, Harden only scores 2.6 points more that Giannis per 100 possessions. Does that mean that Harden is more valuable to his team? Perhaps – and I'd happily listen to an argument in The Beard's favour. But the Bucks team success and Antetokounmpo's vast defensive advantages give him the nod here.

But frankly, it's not even as close between the pair as last season. Giannis is posting the best PER of all time at 33.18 so far this season. That says it all, really. 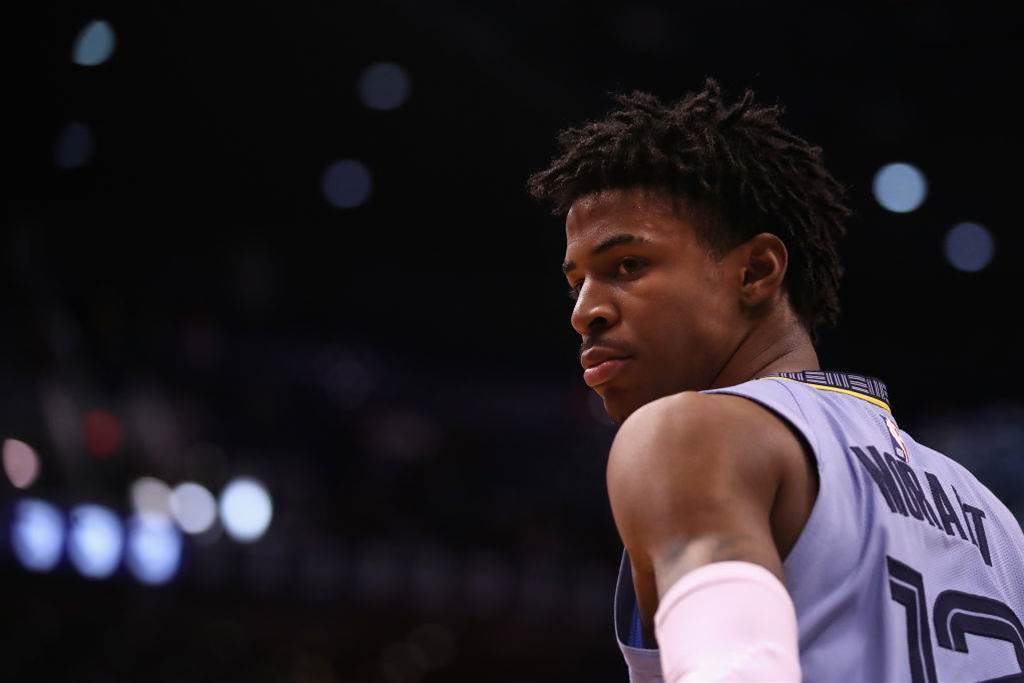 This pre-season prediction came with an caveat: Ja to win, unless Zion played more than 50 games. Given #1 pick Williamson is still yet to suit up, there is no contest. Ja Morant has been head and shoulders above every other rookie in this class.

Rookie point guards in the NBA are an interesting case study. There are 1st year players that put up eye opening counting stats. Some youngsters show flashes of brilliance mixed in with the usual rookie mistakes. Some play solid, winning basketball right away. Few manage to combine all of these. Morant does.

The 20 year old out of Murray State is posting nightly averages of 17.9 points, 7 assists, 1.1 steals and shooting 40.9% from beyond the arc. He's frighteningly athletic – if a little reckless – and possesses a preternatural ability to create a passing lane, then execute the pass. He's basically John Wall with a jump shot.

Memphis have an absolute gem of a player on their hands. 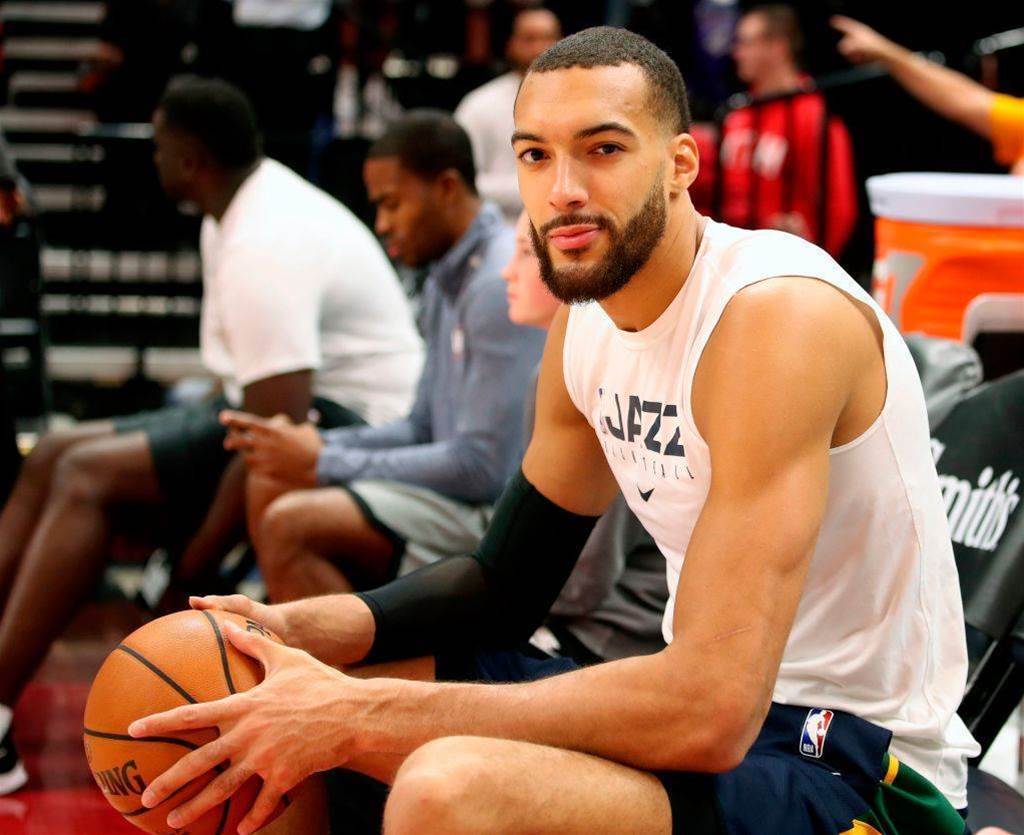 Embiid's defense has been as advertised, in leading the frankly enormous 76ers to an elite defense. Philadelphia are 4th in the league in defensive rating at 105.6. Embiid himself is putting up 12.3 boards, 0.8 steals and 1.4 blocks.

However, the man that has stepped up as the best defender in the NBA – yet again – is the Stifle Tower. A lot of attention has been given to Utah's ascent into an elite offensive unit, and to Gobert's role in that. It's worth remembering that the offensive improvement has cost Utah Derrick Favors and Ricky Rubio – both defensive mavens. Gobert has more defensive responsibility than ever, and he has responded. Since the Jazz got through their tough early schedule, Gobert has averaged 15.4 rebounds and 2.3 blocks per night, as well as the countless other possessions he short circuits by his mere presence.

slowing this down for the casuals.. either the nets are literally allergic to the paint or RUDY GOBERT is the most intimidating player in the NBA. pic.twitter.com/bAH1GFkp6i

Utah's overall defense has dropped away statistically, but with Gobert on the floor, they're still ranked 3rd in the NBA. In a tight race and with sincere apologies to Embiid and Anthony Davis, Gobert is the man. 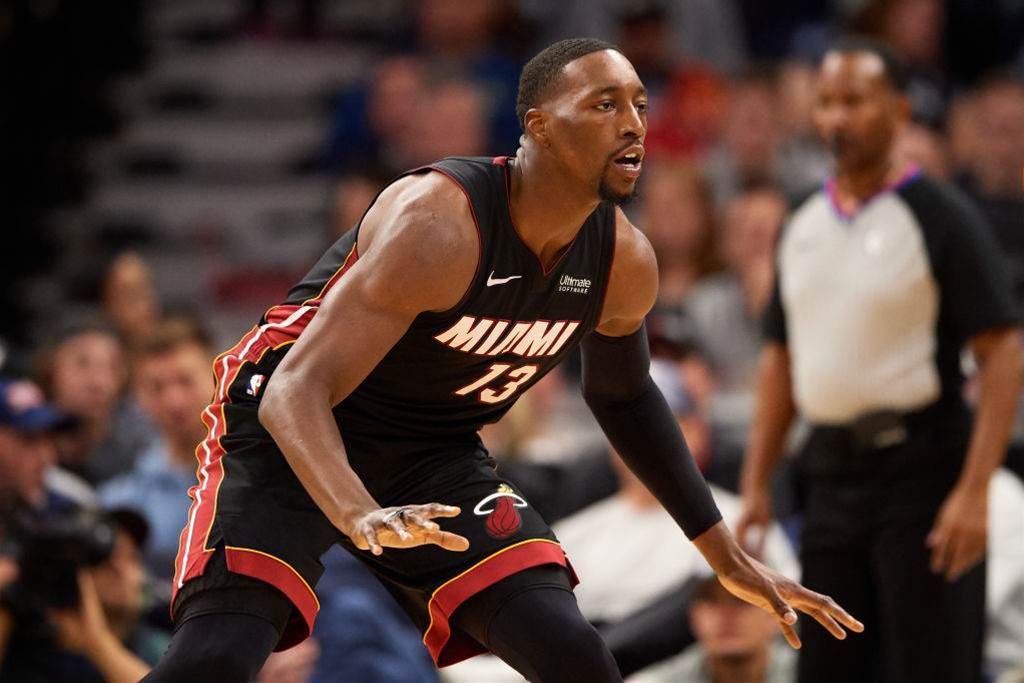 Bam Adebayo is, in another close race, the NBA's Most Improved player through the season's mid point. The 3rd year big is posting 15.9 points, 10.4 rebounds, 4.6 assists, 1.2 steals and 1.2 blocks. He's become the defensive fulcrum of the Heat, as expected. What wasn't anticipated, is Bam's offensive game, in particular his play making. His ability to handle the ball capably opens up his wonderful passing game. Adebayo leads the heat in WORP, and trails only resident top dog Jimmy Butler in Win Shares and PER.

Adebayo's versatility at both ends of the floor open up so much for Coach Erik Spoelstra. Bam is legitimate the 2nd best player on a team that could reach 60 wins.

Shai Gilgeous-Alexander, Devonte' Graham and especially Brandon Ingram and Luka Doncic are all worthy contenders in this race. 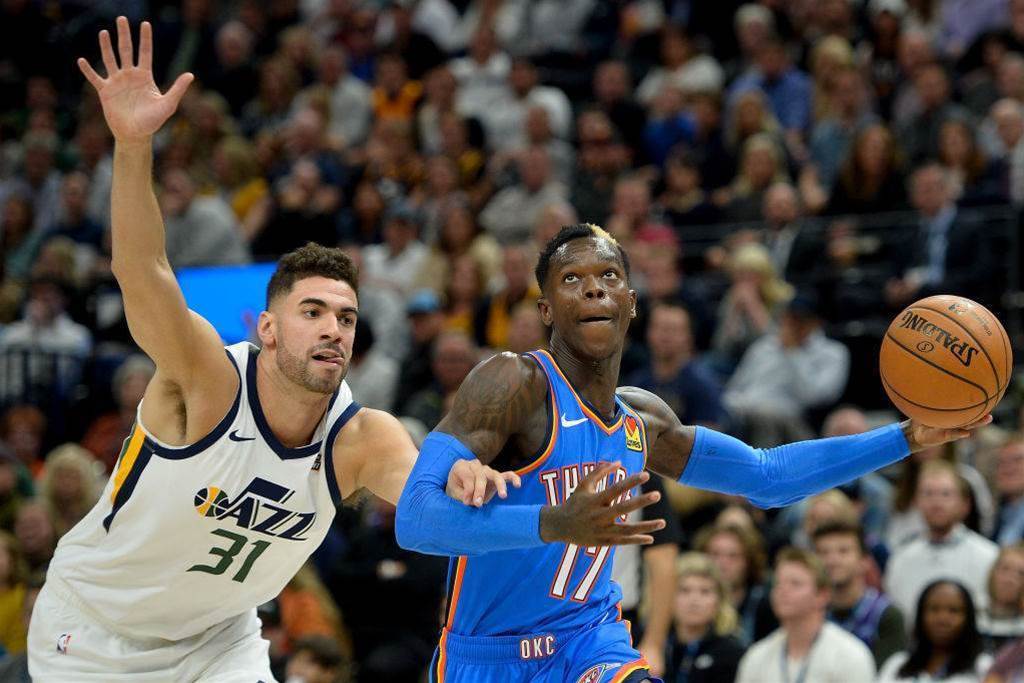 I'll be honest; at the start of the season, Dennis Schroder was not a name that crossed my mind for the 6th man award for even a second. Yet, here we are.

After a patchy start, the Thunder's 3 point guard line up – Schroder with Chris Paul and Shai Gilgeous-Alexander – alongside Danilo Gallinari and Steven Adams has been fantastic. Of all lineups that have appeared in 20 or more games together, that lineup has by far the best net rating in the league at 31.4 – their offensive and defensive ratings are better than the best teams in the NBA.

Personally, the German is producing 18.2 points a game on a career high 36% shooting from beyond the arc.

The Thunder are a frighteningly thin team. They really only have 4 starters and Schroder that are above average NBA players. Oklahoma City's resurgence to playoff relevancy has a lot to do with Chris Paul's wizardry, SGA's ascendance and Billy Donovan's understated but brilliant coaching. You can't, however, ignore the much maligned Schroder and his contribution to this oddly constructed, yet highly effective team. 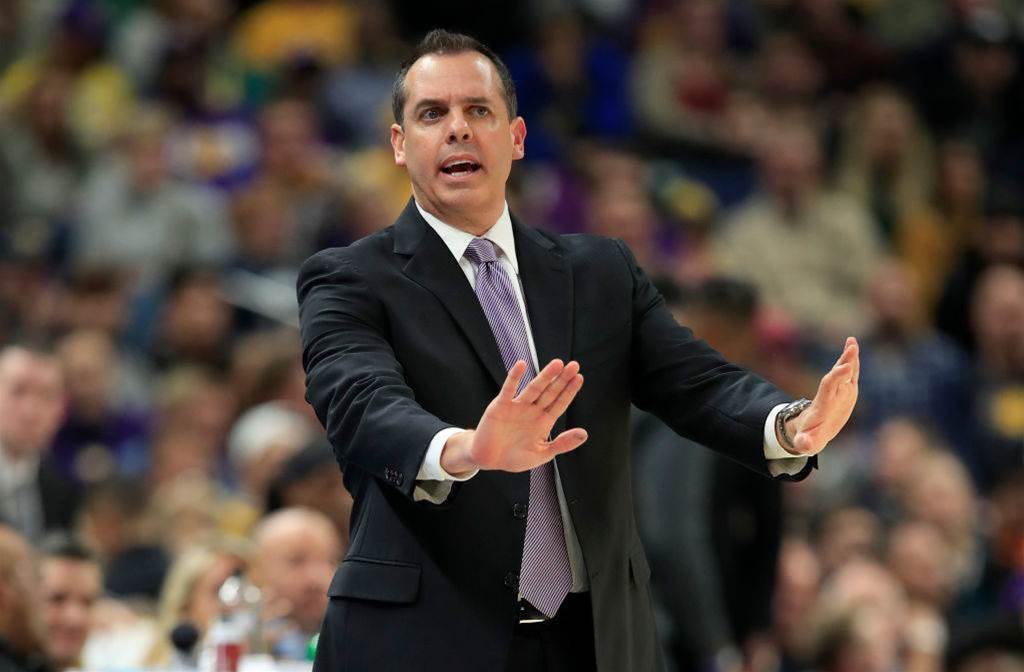 Who would have predicted that 5th Choice Frank would be our mid season Coach of the Year.

After a thoroughly underwhelming pair of seasons in Orlando led to Vogel spending the 2019 season out of work, Vogel wasn't really on the radar for a major NBA coaching gig.

After the Lakers ham-fisted negotiations with Monty Williams and Ty Lue, they basically settled for Vogel out of desperation. Then, rather than letting him choose his own assistants, he was given a staff without much consultation. This included the famously, uh, ambitious Jason Kidd. Given LeBron James' hold over the organisation, it appeared Vogel was brought in as nothing more than a puppet – a scapegoat in case things went pear shaped.

Instead, Vogel has led the Lakers to relevancy for the first time since the 2012 season. He's inspired career best defense out of Anthony Davis, has LeBron playing hard, after last seasons inconsistent efforts, and also has him totally invested in the team ethos, as evidenced by his gaudy assist numbers.

Vogel has also been able to mould his Island of Misfit Toys of a supporting cast into legitimate NBA depth. He has Dwight Howard playing the most mature basketball of his career!

On his podcast, the great Zach Lowe provided an insight into Vogel's mindset, in saying that Vogel saw the lay of the land and thought 'screw it'. If he was going to be a sacrificial lamb, he was doing it on his terms. He's coaching as though he has nothing to lose, and that abandonment of fear is reflected in his team.

At the beginning of the season, I also list my playoff teams in each conference. In the East, I went with:

I've managed to nail the 8 correctly (yay!), although the order could do with some work.

I clearly didn't see Miami being elite, nor expect the Sixers to struggle the way they have so far.

This didn't go as well as in the East, did it.

Golden State are the obvious outlier. Their disastrous season has them at the foot of the NBA, rather than the foot of the playoff picture. Portland's injury crisis has seen them drop out of the 8, as well. The Lakers prediction was based on a healthy dose of load management for LeBron and a weak centre rotation, neither of which has come to pass. The Thunder's spot in the playoffs could be reasonably expected, given they've kept their veteran core together. However Memphis' rapid rise is something that I did not see coming. And as for Dallas, that Luka bloke is quite good, isn't he?? 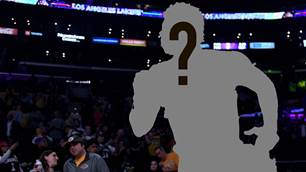