Much like the 2018 deadline, when the Sixers picked up Marco Belinelli and Ersan Ilyasova to bolster a thin bench, the additions of Glen Robinson III and Alec Burks should give the Sixers depth and shooting a much needed boost. That being said, this team will only travel as far as it’s leader can take them. But who is that leader? Joel Embiid has is being booed by his own fans. Does that mean Ben Simmons – triple doubles in his past two outings – is The Man, now? Nah! This team belongs to Furkan Korkmaz, now. The 22 year old guard laid an egg against the Clippers, but had a pair of 30 point games before that. He's giving the team a fair approximation of the much missed JJ Redick.

Did Ben Simmons attempt a 3 this week? No.

Miami made perhaps the biggest splash at the deadline out of all the quasi contenders, turning Justice Winslow and a series of unwanted contracts into Andre Iguodala and Jae Crowder. It hasn’t quite gone to plan, since then.

Miami have beaten the tanking Golden State, but lost to Utah, Portland and Sacramento since the deadline. Jimmy Butler missing with a shoulder injury has certainly not helped matters, but isn’t this newly added depth supposed to be able to help Miami ride out these types of bumps?

Teams will surely figure out a way to counter Houston’s 5-out offense – perhaps a replica of Utah using Rudy Gobert to guard Westbrook, making him a shooter – but for the moment Daryl Morey’s reimagining of the sport appears to be working. They’ve taken down the Lakers in LA and beaten Boston, whilst the Jazz only prevailed through a miracle Bogdanovic buzzer beater. There are of course concerns about how much effort this style of play requires, especially from nominal centres PJ Tucker and Robert Covington. Houston’s loss to Phoenix, a day after the Lakers victory, was a sluggish performance. Physical Suns forward Kelly Oubre scoring a career high 39 points on a mixture of open 3’s and bruising effort plays, highlighting the downside of the Rockets approach.

The Jazz have rebounded from their 5 game losing streak, with 4 very good wins on the bounce against the playoff bound Mavericks, Rockets and Heat, and a streaking Blazers.

The biggest positive for the Jazz is the return to, if not peak form, then competency from Mike Conley. The veteran has averaged 20.3 points since returning to the starting line up on February 1st, although he has missed the past 2 games with more niggles. His presence, along with Donovan Mitchell and Joe Ingles gives the Jazz a trio of legitimate pick and roll play makers that all play with a different cadence, which in turn keeps the defense off balance.

A fit and firing Jazz are a better than outside chance to steal the Western Conference crown from it’s presumed Los Angeles destination.

The Celtics have come out of some patchy early January form by putting together a 7 game winning streak, before falling to Daryl Morey’s 9th Grade Science Experiment. Whilst their form has been overshadowed by the all conquering Bucks and Toronto’s own gargantuan streak, Boston have quietly been red hot. Jayson Tatum has been electric through the stretch, putting up a nightly 27.2 points and 6.5 rebounds, firmly entrenching himself as The Man (non-Kemba division) in Boston.

In football, there's a school of thought that people prefer Leo Messi over Christiano Ronaldo, because Ronaldo looks like a God (and carries himself like one, if we're being honest). He looks like he should be able to do extraordinary things in the heat of battle. Where as the diminutive Messi is the every-man. He's the guy you look at and think, 'He's built like me. I could copy what he's doing', even though you clearly can't. Messi, despite his undoubted genius, seems.....attainable.

Nikola Jokic shares that same trait. Aside from his height, could you imagine a player of Jokic's physical appearance rolling up to your local Tuesday night social competition? Jokic, with his doughy physique and plodding gait, looks like us. He's not LeBron or peak Dwight Howard, or Michael Jordan doing things athletically that were previously unimaginable. Jokic does things that we could do, if only we 'had the training', or were 'as tall as him' or whatever we want to tell ourselves.

Jokic is the superstar every-man of the NBA. He is the champion for all of us.

With the addition of Marcus Morris – and the Lakers lack of addition of Marcus Morris – the Clippers stand as a big winner from the latest trade season. Whilst his offensive numbers will obviously fall away as he goes from a 1st option to probably a 5th, his knock down shooting, fearlessness, and stout and versatile defense add perhaps the final piece to the Clips puzzle. When healthy, they surely have the strongest 8-man rotation in the NBA. As a bonus, Morris is already doing his thing, getting in Joel Embiid’s grill.

EMBIID AND MORRIS GOT INTO IT 👀 pic.twitter.com/heEVwLW7po

The Lakers overtime victory against Denver over capped a three game win streak, but it hasn't exactly been inspiring basketball from Los Angeles, of late. Of course, there are mitigating circumstances around that. The team is on the older side, and the dog days of late January and early February can be tough for playoff focused veterans to stay motivated. When the team thought it may get a trade deadline boost, their neighbours nipped in to steal Marcus Morris – that's now compounded by the news that Darren Collison is intending to stay retired, rather than sign with the team – and of course the team will still be dealing with the aftermath of the Kobe Bryant tragedy.

Frankly, the All Star break couldn't have come at a better time. The Lakers will welcome the chance to regroup and focus for the stretch run.

The streak is finally over!

In losing at Brooklyn, the Raptors franchise record winning streak was stopped at 15 games.

To be sure, there were signs that the Raps were petering out a bit, with a pair of 1 point comeback wins late in the streak. That’s not surprising, though. The Raptors continue to battle injuries, as they have all season. In addition to Norman Powell’s broken hand, Marc Gasol has been sitting due to a hamstring strain and Serge Ibaka sat against the Wolves. As they have done all season, the Raps found a way. In that Minnesota game, Rondae Hollis-Jefferson stepped in as a nominal centre as Nick Nurse had his team do their best Rockets impersonation. The small, fast lineup bothered Karl-Anthony Towns to the point where he shot only 2 of 7 inside the paint. Hollis-Jefferson, meanwhile, went off for 21 points, 6 boards and 3 steals.

Giannis Antetokounmpo is a father to a bouncing baby boy! Congrats, Big Fella!

The rest of the NBA just hopes you don’t experience the sort of form bump that Toronto guard Fred Vanvleet had after the birth of his first child through last seasons playoffs. If that happens, the only thing that will stop Giannis is a limb literally falling off his body.

With Giannis attending to his fatherly duties, Milwaukee’s latest winning streak was snapped by Indiana. With a 46-8 record, a 70 win season is very much in play, but can they match the 2016 Warriors or 1996 Bulls records of 73 and 72 wins respectively? To beat both of those, the Bucks need to be perfect from here on in, which is doubtful. According to Tankathon, the Bucks have the 6th toughest remaining schedule in the NBA, however given the amount of in game rest the players are getting thanks to the Bucks crushing their opposition on a nightly basis, they may not hold players out of games down the stretch.

In a regular season that is short on intrigue for the dominant Bucks, this is something to keep an eye on. 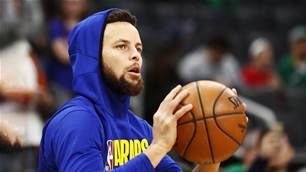