The Rockets made a seismic change to their line-up, and the Wolves/Warriors Challenge Trade will be fascinating to watch over the next few seasons, yet most of the action took place within the lower reaches of the NBA.

With familiar faces in new places, we head towards the All Star break and teams will take stock of their spot in the NBA food chain. Some will decide to eat; others will be eaten.

The Cavs crushed Atlanta in their last game, breaking a 6 game losing streak and winning only their 2nd game in the past month. The interesting thing about that game was Tristan Thompson putting up 27 points and 11 rebounds. The Championship winning centre was supposed to be an afterthought with Andre Drummond on board. If he is to eventually be bought out – reports indicate that he won’t be at this stage – then he’s showing potential suitors that he still has the goods.

The Pistons have traded Andre Drummond for effectively nothing; are talking of buying out Reggie Jackson; Blake Griffin is out for the season. They’re clearly embracing the tank. My question is this: with all those things taken into account, why keep hold of Derrick Rose? Surely the former MVP is a hindrance to any Detroit tanking efforts.

Rose must have been courted by teams at the deadline and given what Detroit was happy to accept in exchange for Drummond, surely the Pistons asking price wasn’t the reason for the inactivity.

It’s yet another perplexing move form a front office that has chased it’s tail for too many years to count.

The Andrew Wiggins Experiment is off to a roaring start in Golden State, with the former Timberwolf averaging 23 points, 4 assists, 2.3 steals, 1.7 blocks and 2.7 three pointers through his three games in Northern California. Most importantly, he's doing it extremely efficiently, shooting 57% from the floor and 53% from deep. There is obvious regression around the corner for those shooting numbers, but the starting point is exceedingly encouraging. As is the effort on defense. Wiggins recorded 4 blocks in the Warriors loss to Phoenix – the first time the hyper athletic forward has done that in his 449 game NBA career.

In Houston, where the championship is the goal, Clint Capela’s startling fluctuations in form were barely tolerated. In Atlanta, where the pressure won’t be nearly so suffocating, expect the Swiss to thrive. He’s not an elite centre by any means, but he’s a dexterous roll man, and an active rebounder and shot blocker. He will make Trae Young very happy.

Of course, he’s still injured and not expected to play for at least another week. In his stead, another trade import, the returning Dewayne Dedmon has stepped in. He’s averaged 10.7 points, 7 rebounds and 3.3 blocks since his return to the East.

The Timberwolves broke their 13 game losing streak in some style, knocking down a franchise record 26 three pointers in their 27 point victory against the Clippers. The Wolves gamble of going all on the 2015 draft (Karl Anthony Towns and D'Angelo Russell went 1 and 2 in that draft, of course) is going to be something to watch. The offensive potential of that pair is off the charts. Their pick and roll pairing is going to be beautiful to watch. What won't be as pretty is their defense. Neither player is even competent at that end, let alone a positive. Still, impressive young GM Gersson Rosas looks up to the task of creating a complimentary roster around his young cornerstones.

Hosting the All Star game is a stark reminder of just how far away the Bulls are from contention. Their only player within a sniff of making an All Star team is the oft-maligned Zach LaVine. Their other apparent cornerstones in Otto Porter, Lauri Markkanen and Wendell Carter are all injured and/or struggling for form. Optimism is in short supply.

A small sliver of light is the recent form of 2018 1st round pick Chandler Hutchison. The Boise State product has put up 11.8 points and 6 boards as a starter since Kris Dunn went down. He’s a high energy player with good defensive instincts. If his shot comes around, the Bulls may have a player.

New York somehow put together a 4 game winning streak, before falling in double OT to the Hawks.

Of course, this being the New York Knicks, you don't have to wait long for drama to come bubbling up to the surface. In the latest episode of the Knicks day time soap, their new self styled 'Brand Guru' Steve Stoute gave an absolute train wreck of an interview to ESPN's First Take program, to which the team were forced to release a statement stating that Stoute 'does not speak on behalf of the New York Knicks'.

No matter how the team is performing, this franchise is always entertaining.

With wins over the Pius tons and Timberwolves, Charlotte recorded their first set of back to back victories since January 4th. Their record since the turn of the calendar is a putrid 5-13.

Whilst this team is dedicated to it's younger players, there really isn't a transformational talent that the Hornets can build around. In short, their supporting cast has no one to support. In that sense, the losing isn't such a bad short term thing for Charlotte. A top 3 pick in this years draft might give the club that focal point to build around.

Much like the Wolves, the Suns have a solid young core – at one end of the court, at least.

In Devin Booker, Kelly Oubre and DeAndre Ayton, Phoenix have all bases covered: the lead guard, the powerful wing, and the athletic big man. Of course, that trio have proven themselves utterly incapable of stopping anything that has been thrown at them.

The challenge for the Suns is building around their developing Big 3. Given Booker's ability on the ball, the Suns could get away without a traditional point guard. Rather, they might look for a shooter that can defend the opposition point guard. If he was younger, George Hill would be perfect. At the other forward spot, a player in the mould of PJ Tucker would be ideal: a stout defender that can knock down open corner three's.

Sacramento have steadied the ship in the past few weeks, winning 6 of 8 at one stage, with impressive triumphs over the Clippers and Heat. They've closed out this week losing on the road to Dallas and Milwaukee – no shame in that. Thankfully, it has put them out of the chasing pack for the 8th seed, which should encourage the team to experiment with it's younger players a little more. Especially since Coach Luke Walton's last shake up – Buddy Hield to the bench for Bogdan Bogdanovic – has worked so well.

Jabari Parker is exepcted to suit up after the All Star break. His offensive fit with Marvin Bagley will be intriguing. Their defensive fit will be worth a watch, just to see how many points they can concede. 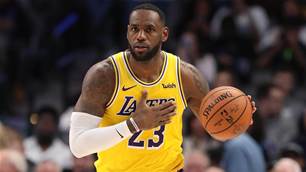 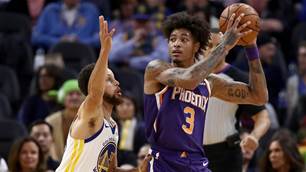