No big, flowery introductions to our Power Rankings this week.

Nikola Jokic is all the way back, people.

Over the past 6 weeks, Big Honey has put his slow start behind him, averaging 22.3 points, 10.1 boards and 6.8 assists. Importantly, his shooting percentages have increased dramatically. Perhaps most crucially, his free throw rate has skyrocketed, indicating that Jokic is again getting to the bucket, rather that settling for jumpers. In January alone he's averaging 6.7 attempts from the charity stripe against 2.2 back in November.

Lo and behold, the Raptors get their full team back on the court and they reel off an eight game winning streak. With their next three games against Cleveland, Detroit and Chicago, there's no reason that streak can't be extended further.

Toronto will be an interesting watch as the trade deadline approaches. GM Masai Ujiri famously swings for the fences and with his team perhaps unexpectedly still in contention, it wouldn't be beyond Ujiri to take one more swing. But who to trade? Kyle Lowry, Marc Gasol and Serge Ibaka are all on big money expiring deals. Lowry is a certainty to stay, so that leaves the two bigs. Personally, I think it's unlikely either are moved, although they're the most obvious candidates, should Ujiri choose to take the plunge.

This week, we mourn for Laker Nation. 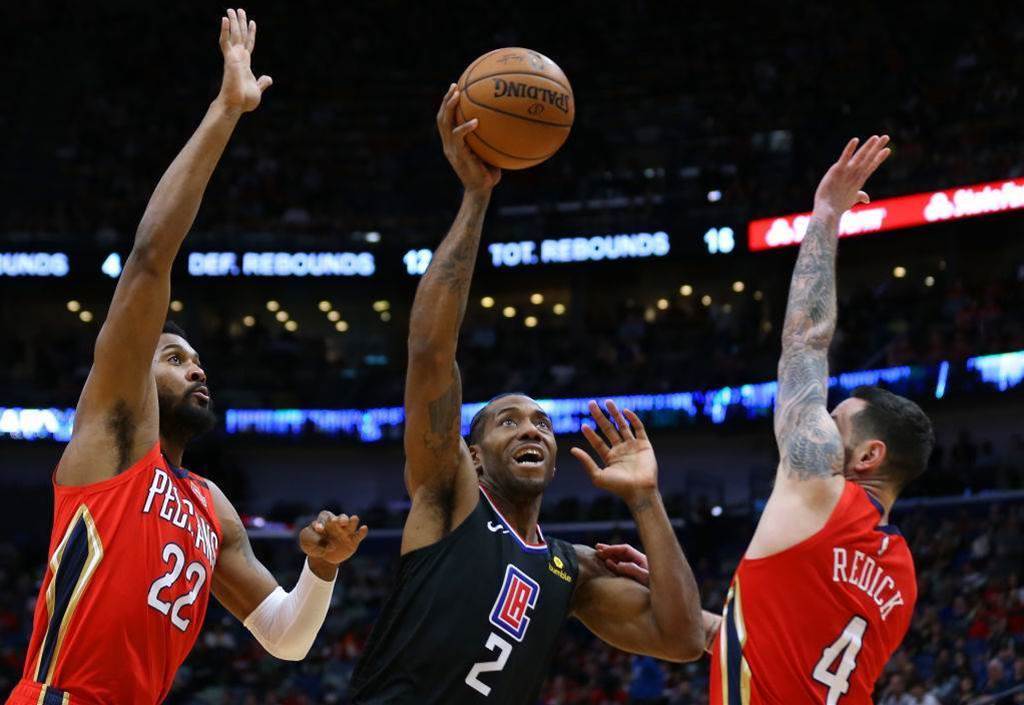 The Clippers are without a doubt an incredibly deep roster, but like most NBA teams, they'll only go as far as their superstars can carry them. With Paul George out with a hamstring injury since early January, the Clips have gone a comfortable 7-2 (one of the losses came without Kawhi Leonard). That has been on the back of a monster run from Kawhi. Check out his last 8 games: 35 points, 7.9 rebounds, 5.4 assists, 2.5 steals, a block, and 2.9 three pointers at 38.9%. That is insane, and we haven't even broached his defense. Kawhi is showing flashes of the 2016 era destroyer of worlds as an on ball defender.

Per 100 possessions, the Bucks score 114.2 points, which is good for 2nd in the NBA. At the other end of the floor, they concede only 102 points per contest, by far the league's best. The difference between Milwaukee and 2nd place Toronto is the same as the difference between Toronto and Chicago - in 9th. All this dominance, combined with a deep roster, has allowed Mike Budenholzer to expertly managed his rotations. Giannis Antetokounmpo is the only Buck to play over 30 minutes a night, at a mere 30.7. That comes in at 68th in the NBA.