Almost six years after a brilliant and memorable debut, the talented NSW paceman gets to play his second career Test.

Cummins comes into the side to play in the pivotal third Test in Indiareplacing an injured Mitchell Starc. Underlining how long ago his 2011 debut was, Cummins’ only team-mate in the Aussie XI that has lasted to now is Nathan Lyon.

When it comes to Cummins, the subject of his unconventional career arc invariably follows. Despite the time lag between appearances in the baggy green, he’s still quite young, owing to the fact that he made his debut at 18, an uncommonly tender age for an Aussie Test player. The reason for the fast-track was apparent – he had the hallmarks of the nation’s next spearhead.

Unfortunately, instead he became the poster child for the debate over bowling workload, as repeated injury kept him from delivering on his potential. Even as he makes his return to the Test stage in India, there’s some question about the haste of the selectors, as Cummins has only played the one Shield match this summer.

But on the basis of his sole Test, there’s an understandable temptation to see just what Pat Cummins can do. It was the second game of a two-match series in South Africa, and Australia was reeling from having been infamously bowled out for 47 in the first game. Trying to save face in Johannesburg, the Aussies found a spark in their teenaged quick, who took 6/79 in the second innings, hit the winning runs and claimed man-of-the-match honours. 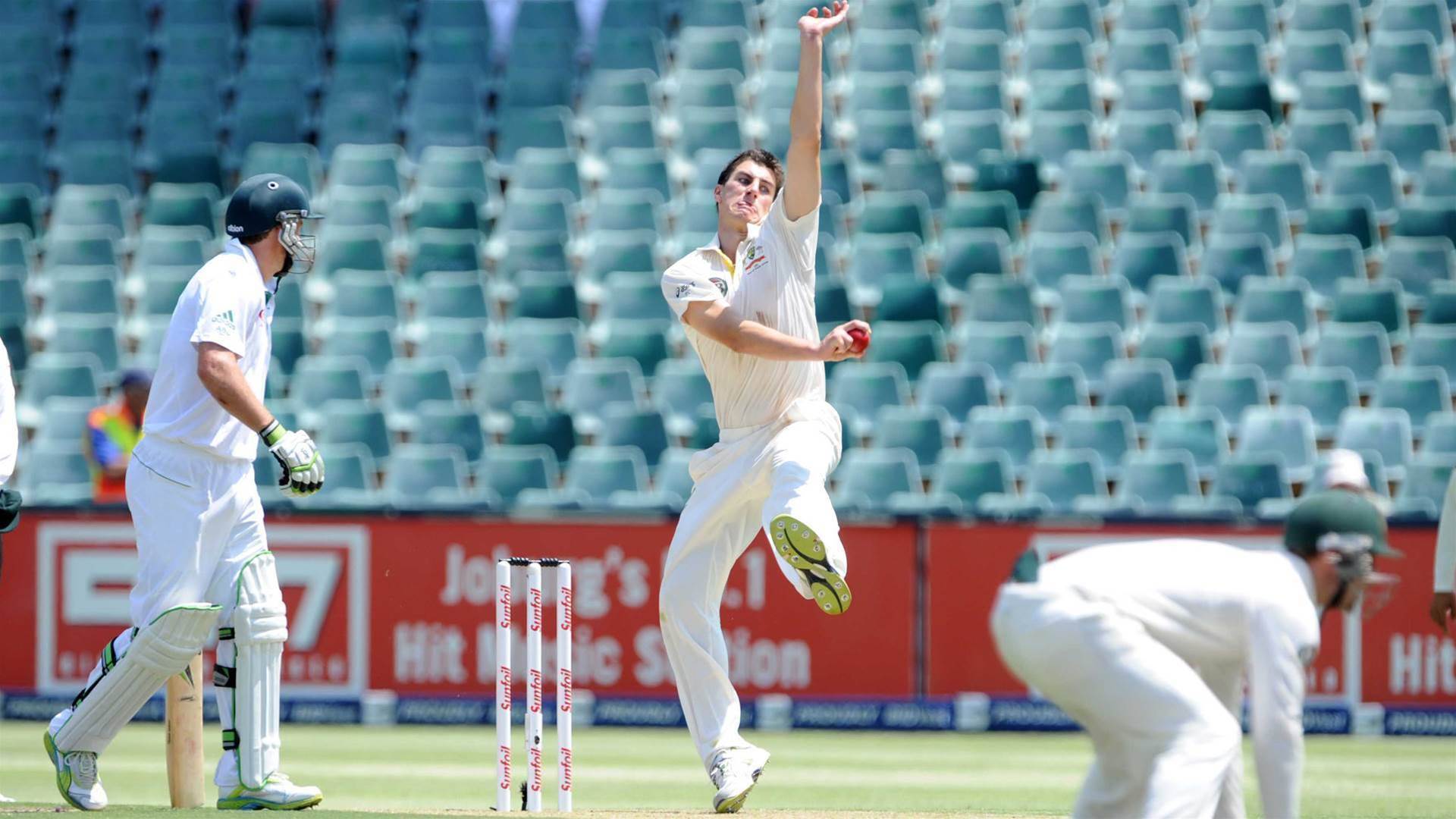 Young Cummins tears into the South Africans in 2011.

Reflecting on that time, Cummins told Inside Sport that it feels somewhat unreal. “It was my first taste of Test cricket, running drinks,” he said. “I was incredibly nervous, I didn’t want to step on anyone’s toes trying to prepare for the game. Just being a part of the experience for the first game was incredible.

“It didn’t even cross my mind I’d get a chance. Come the second game, I was totally oblivious until I got told “Ryan Harris is unavailable, you’re in”. To be honest, at the time, it probably didn’t even hit me until I got back to Australia that the Test cricket that I played in was the same Test cricket I had grown up watching all my life. Being over there with the side, you’re in a bit of a bubble sometimes.

“It’s great – it takes a bit of the pressure off. Then you get back and away from it and think – the same Ricky Ponting I played with is the same I grew up watching.

“I remember my initial thought bowling on that first morning was don’t embarrass yourself. Try not to get smacked around and taken out of the attack. It was an incredible punt for the selectors and captain to take – I was a massive unknown, I hadn’t really played a first-class game not too long before that. Just wanted to repay that favour.”

He’ll be trying to do the same again in Ranchi. “Since that day, it’s easily the most prepared I’ve been for a Test,” he said. “In some ways, it feels like my first match.”