Knockout rugby has arrived at the Rugby World Cup and the Wallabies faced old foes England in the first quarter-final.

The Wallabies fans will have mixed feelings over the officials selected for the game in Oita.  The on-field officials are the French trio of Jérôme Garcès (referee), Romain Poite and Mathieu Raynal (assistants).

Garcès has put in solid refereeing performances in the tournament and takes a laissez-faire attitude when some of his colleagues may be more interventionist. It is the appointment of Ben Skeen as TMO that will provoke ire of Wallabies fans. It was Skeen’s comments that led to, arguably, match-changing decisions in the narrow defeat to Wales.

The TMO should be providing a ‘silent service’ to the referee, helping to clarify any ambiguities, but Skeen has appeared to steer referees towards decisions. Skeen has attracted criticism in the media which cannot be acceptable to World Rugby.

In the other quarter-final on Saturday, the All Blacks and Ireland meet in Tokyo.  On Sunday, Wales and France play in Oita before Japan and the Springboks close out the semi-finals.  All three games will be entertaining encounters.

The All Blacks have lost two out of the last three games against Ireland, and Joe Schmidt’s men have recently, albeit temporarily, replaced New Zealand as the world’s number one team.

For Wales and France, it’s a clash of styles and approaches. Wales is a well-oiled machine, fine-tuned by Warren Gatland, whereas France is the antithesis. Riddled with in-fighting, they are fuelled by Gallic flair.

If they don’t know what they are going to do, how possibly can Wales? And to finish, it is Japan and the Springboks.

Surely the fairy-tale ends at the hands of South Africa? The record between the two nations stands at one win each: Japan won the ‘Miracle in Brighton’ in 2015 and South Africa handed out a pre-tournament beating 41-7. Neither match reflects where both teams are currently at. Japan has been a revelation by playing fast, attacking rugby.

The Springboks have plenty in the tank and can raise the speed game with the likes of Cheslin Kolbe. This quarter-final will either be a damp squib, with the Springboks sucking the life out of the Japanese team's flowing rugby, or an absolute classic.

Fans of the Wallabies can watch the quarter-final against England live on Kayo Sports - click here for a free two-week trial! 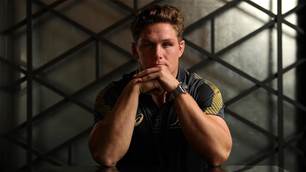 Your guide to the 2019 Rugby World Cup 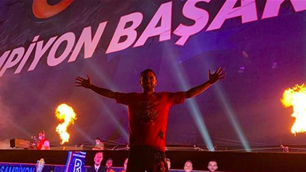 'There's no limit for Australians': Behich on putting his 'name in the history books' in Istanbul