When people talk of the Wallabies’ golden era, they wax lyrical over men like Farr-Jones, Lynagh, Eales, Gregan, Larkham. Often forgotten is Andrew Slack. But this is a grave, grave oversight because Slack has played a pivotal role in shaping the game in these parts. A Brisbane boy by birth, and a rangy outside centre by persuasion, Slack made his international debut on the Wallabies’ rugged two-Test tour of Wales in 1978. The Australians came away from that series bruised and bloodied, but with a 2-0 series victory. Those disposals of a fine Welsh team laid the platform for the glory days of the Alan Jones era, where Australia concreted itself as a rugby superpower. And Slack was at the centre of it all. Renowned for his sharp thinking and statesman qualities, he captained the Wallabies through their Grand Slam tour of ’84 and their Bledisloe Cup victories in ’86. After the Wallabies’ fourth-place finish at the ’87 World Cup, he departed the scene with 39 Test caps and a gleaming reputation. 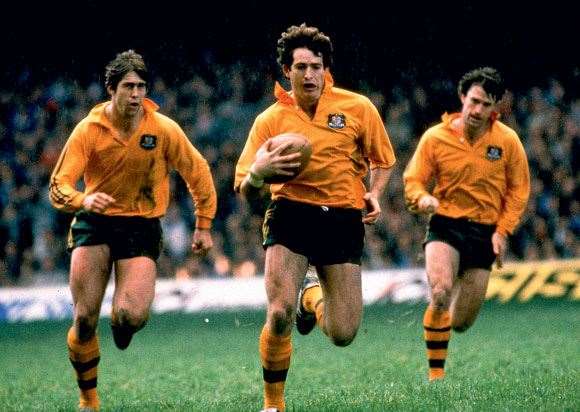 Roger Gould, David Campese and Slack on the fly during the ‘84 Grand Slam.
Images: Getty Images

Come next month’s World Cup, Slack will be in the Shaky Isles, dispensing his wisdom for the Channel Nine microphones. Amidst whispers that another young Wallabies team may be on the verge of greatness, bend an ear to this gentleman of the 15-man game.

As a proud Queenslander, you must’ve loved watching the Reds this season?

Oh yes, particularly after all we’ve been through over the past decade ... And I think the best thing has been the way they’ve played. It’s added so much to this season. Because of their style of play people who are sports lovers – not just rugby people – have jumped on board. These people have enjoyed the Reds’ games for their pure excitement, rather than for their rugby content. I was reading this morning that the average Reds crowd this year will outdo the average Broncos crowd. That’s just phenomenal. So, yes, it’s been a great few months. 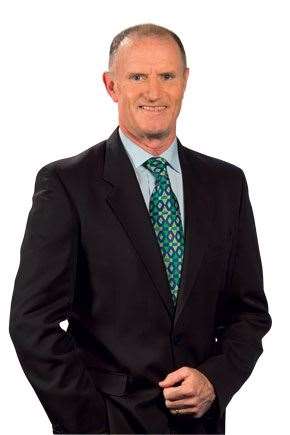 As a proud New South Welshman, I must point to the role Ewen McKenzie’s played in the Reds’ success. Do you think he’s been lost in the picture in Queensland?

He certainly doesn’t get lost up here! “Link” has copped a lot of rightful praise ... What’s been most obvious about his coaching is his pragmatism. He just does what has to be done. He’s not afraid to take risks, but they’re always measured. He’s impressed everyone with his intelligence. He’s got the team feeling confident with one another and I think that’s the key to being a good coach. So, I don’t think you’d find anyone in Queensland who’d say Link hasn’t been lauded for what he’s done with the Reds.

Is McKenzie the man to replace Robbie Deans when he moves on?

Mate, I’d imagine he’s about three furlongs in front of anyone else at the moment. If Robbie suddenly decides he wants to get on the seniors golf tour and they needed a Wallabies coach tomorrow, I don’t think there’s any doubt it would be Link.

You’ve played with and watched some great Australian halves pairings – Farr-Jones and Lynagh, Gregan and Larkham. Where do Genia and Cooper fit in this lineage?

Well, the game’s obviously changed a lot in the way the halfbacks play ‒ if you go back to Hipwell, Farr-Jones, Gregan, the way each played is slightly different. But I think Will Genia is the sort of bloke who would’ve fitted into any era. By the time his career is over, I’m sure his name will flow into that list of halfbacks who have made history for Australian rugby. Genia’s a player for all ages.

Quade Cooper’s been absolutely brilliant this year. Part of his excitement is that you’re never sure what you’re going to get next, but the percentages have stacked up in his favour over the past few years. The good now far outweighs the bad, where I think early on it was probably the other way. He’s an extremely skilful player – he’s made for the way the

game needs to be played these days. With defence so strong now, players have to have that individual brilliance to break the line. So, I think these two blokes have worked an absolute treat. If you wanted a player for every day of the week, you’d take Genia. But without Cooper, Queensland wouldn’t be where they are now – that’s the other side of the coin.