John Eales’ numbers actually reveal a good part of his story. In his decade representing Australia he collected 86 caps, 55 as captain. He played 112 times for Queensland. He scored 173 points for the Wallabies, with just two tries among that total, the rest coming off his excellent boot, which makes him the highest-scoring forward in Test rugby history. He was an integral part of the Wallabies’ two World Cup successes, first as a newbie lineout jumper in 1991, then as skipper in 1999. But what the stats can’t convey is his character as a player, which he has since parlayed into his business life: Eales’ reputation is arguably the most unblemished of any sportsperson in Australia in the last two decades. He confronted the most fearsome of opponents in the most physical of sports, but navigated his way through his career with impeccable class and without so much as a single besmirching slip of the tongue. Witha psychology degree behind him and intimate understanding of the qualities of successful leadership and team culture, he has seamlessly entered the business world since his retirement from play in 2001, now consulting and teaching at the top end of town through his role with Chandler Macleod, along with numerous advisory and ambassadorial roles with various sporting organisations, including a place on the board of the Australian Rugby Union and a role as athlete liaison officer for the Australian Olympic Committee, which will see him ensconced with the Australian team in London next month. An author of two books relating to sport, business and leadership, a devoted family man domiciled in Sydney, always diplomatic, invariably thoughtful and considerate, invariably interested and interesting, he was a natural choice to revisit with Scotland and Wales Tests approaching this month and the Games just around the corner.

I know you’re teaching a lot these days ... Are you still learning?

I’m always still learning. I’m actually in the process of doing a company director’s course, but learning is so important. Reading is so important. The great thing about working in business and some of the consulting things I do is that you have great exposure to different leaders and people who are achieving across a breadth of industry, so you have to  be reading things.

What sort of books are we talking about – the Outliers and the Black Swans of the world?

I’ve read both those – I’ve read a lot of (Malcolm) Gladwell’s stuff. One of my favourite authors is Michael Lewis – I know he’s become very trendy of late with Moneyball, but it’s over ten years old and I read it a long time ago. Liar’s Poker I think was his first book which was almost autobiographical, about his time in the financial markets. I’ve read all his books.

That’s the genre that most interests you, then? The art and science of exceptional human performance?

Yeah – you capture it well there. I’ve always really respected the power of a story. Like when you’re building a team that’s had success, like a rugby team, for example, that success was sometimes born of the stories of a failure, or the stories of the individuals who came into the team and how they fit in, and that all becomes part of the story and the culture of that team. Those authors are really great storytellers first. I don’t purport to be up there with those guys, but I always knew my books had to be about education through entertainment. Education has always been really important in our family – understanding its value and people who can educate. And you learn that through many different walks. I remember when John Muggleton first came into the Wallaby team, the first coach from a defensive point of view. Defence in rugby was so archaic before he arrived: it was mainly like, “There’s ten tackle bags – you’ve got to go up and back ten times and tackle them.” John brought not only science to defence but also art, and the art was in how he educated us about it, because he was a teacher. I’m not saying all rugby coaches need to be great teachers, or that all teachers make good rugby coaches, but all great rugby coaches are great teachers. Not necessarily by qualification, but by trade. 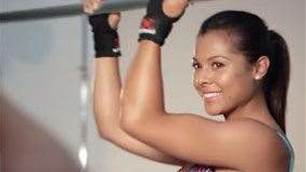