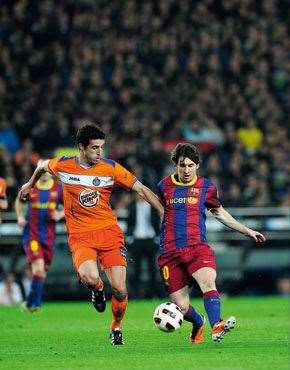 George W. Bush contended that his economic policy was about “making the pie higher”, which sounds like an unfortunate metaphor for a souffle economy – light, inflated and not very filling. The Texas Rangers, the baseball team that turned US$600,000 of Bush the Younger’s money into US$15 million, recently made the World Series for the first time in its history, some 12 years after the former President sold his stake.

The American economy can only hope its post-Bush trajectory doesn’t drag out to a dozen years. Your columnist has just returned from a US sojourn, and despite bearing witness to the phenomenon of dirt from the old Yankee Stadium being sold for $100, the wider malaise was plain to see. Times are indeed tough, and it only became more marked while watching that rather compelling sport of the Australian dollar’s climbing against the greenback. Right now, American pie is neither larger nor higher.

This reality is beginning to engulf the big leagues of the US. The National Basketball Association, that engine of wealth which has made Andrew Bogut Australia’s second-richest athlete, according to BRW, is spiralling toward a situation where it’ll make more financial sense for the team owners not to play next season – in the language of industrial relations, a lockout.

The NBA’s venerable chief, David Stern, made it publicly known that the league wanted the players to give back a third

of the money they’re paid in wages and benefits under their agreement, some $800 million, as well as implement measures to slow the future growth of salaries. It was a negotiating ploy, undoubtedly, but to further signal

the seriousness of the league’s intent, Stern invoked the possibility of teams folding – not quite the picture any sports administrator wants to paint of their game.

The players are girding for a fight, which will lead to the spectacle of millionaires squabbling with billionaires, while belt-tightening fans are left with no games to watch. This problem isn’t exclusive to the NBA. The NFL, even wealthier than the NBA and with a better cost structure, is also heading down the path to lockout next year.

These “work stoppages” – more bloodless industrial relations-speak – aren’t entered into lightly. Each of the North American pro sports remembers their past ones like a traumatic event: the ’04-05 ice hockey lockout, the ’99 NBA lockout, baseball’s World Series-cancelling players’ strike in 1994, the NFL strikes of 1982 and ’87. Nothing has proven to be more effective in damaging the public perception of a sport, more injurious than match-fixing or a doping scandal, because it’s an outcome that most directly hurts fans. When NRL players floated talk of possible strikes amid the Melbourne Storm salary cap controversy, hopefully they understood how live that ammunition is.

What makes this season of player-owner discontent different from previous instances is the economic climate. The logic of past negotiations was based on the pie growing larger, but the coming arguments are going to be over slices. The owners are taking a hard line because economic troubles have forced them to face a harsh truth – they have to save their leagues from themselves. They’ve created a system of pro sports where costs can’t be controlled and the incentives have become utterly perverse.

Consider an idea advanced by a blogger from The Atlantic about the Pittsburgh Pirates baseball team. A century-old club with deep ties to its blue-collar city, it’s settled to the bottom of the Major Leagues in recent years, with its owners pocketing the money that’s redistributed from the stronger clubs to the weaker ones. Not winning is proving to be perfectly profitable for the Pirates, as other clubs spend to improve on the field, but see their balance sheets worsen.

In this respect, the Pirates are an emblem for the downturn. “Just like baseball’s worst team, companies are keeping payrolls trim to boost earnings reports, and they’re using their revenue to pay back debt,” The Atlantic said. “Sorry to say it, America, but these days we are all Pittsburgh Pirates.”