53 Aussies have entered themselves in the draft for the England & Wales Cricket Board’s (ECB) new white ball competition, The Hundred.

The draft will take place in the early hours of Monday morning in Australia where eight teams will select players to build up their squad.

The big names in the draw include Steve Smith, Mitchell Starc and David Warner and will hope to be chosen for next year’s inaugural tournament.

The Hundred is the ECB’s attempt to give cricket mass appeal. Instead of counting balls in overs, each innings will last 100 balls.

There are plenty of Aussies on the sidelines as well as in the draft. Andrew McDonald (Birmingham), Shane Warne (London), Simon Katich (Manchester), Darren Lehmann (Northern) and Tom Moody (Oval) have been selected as coaches and will be driving the selections in the draft.

Many of England’s Cricket World Cup-winning squad have already been selected, as part of the process, but the main draft takes place live on television with over 500 players hoping to be part of the new competition.

The draft is set into bands of salaries, and teams take turns to make their choice, within 100 seconds, until all the team slots are filled.

Trent Rockets will get the first pick of the night to see who will join England captain Joe Root, Alex Hales and Melbourne Renegades’ Harry Gurney in Nottingham. Chris Gayle, Lasith Malinga and Kagiso Rabada join Smith, Starc and Warner in the top salary band.

How tomorrow night is going to work. pic.twitter.com/jyyZIdUYZq

The tournament has already been plagued with issues while many fans in the UK are opposed to the tournament.

The English domestic season is already packed with the County Championship, Royal London Cup (one-day comp) and the Vitality Blast (T20) and now The Hundred is being inserted from next season.

Fans have been vocal on social media with Twitter accounts being created to demonstrate resistance to the new form of cricket.

One of those involved is James Buttler, who runs Oppose the 100, and he explained why, “The ECB are gambling our domestic game and reserves of money on a competition they say simplifies cricket, but actually is more complicated.

For the new audience, they seek it will be seen as cricket and for existing fans it isn't. If it works, it has the potential to make the eight-team model the golden goose and compromises the 18-county structure which county cricket fans want to preserve.”

James continued, “If it fails, the ECB has put English cricket's future on red and watch the ball land on black. Opposition isn't based on not wanting to change, but there are other ways to evolve the sport domestically, and the ECB has shown scant regard for any views but their own blinkered vision.”

Whether the new tournament wins over fans in the UK or not, there are going to be many cricketers getting a payday on the back of the draft.

With white-ball tournaments being cancelled, as a result of proliferation, the ECB’s The Hundred will need to establish quickly. In the meantime, plenty of Aussies will be cashing in next winter in England.

Australian players in the draft:

The best domestic and international cricket is on Kayo Sports - click here for a free two-week trial! 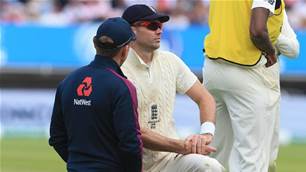