He's bulked up everyone from to LL Cool J to Hugh Jackman.

When a showbiz personality hires a personal trainer to bring about a physical transformation, they usually read from the Dave Honig playbook ... 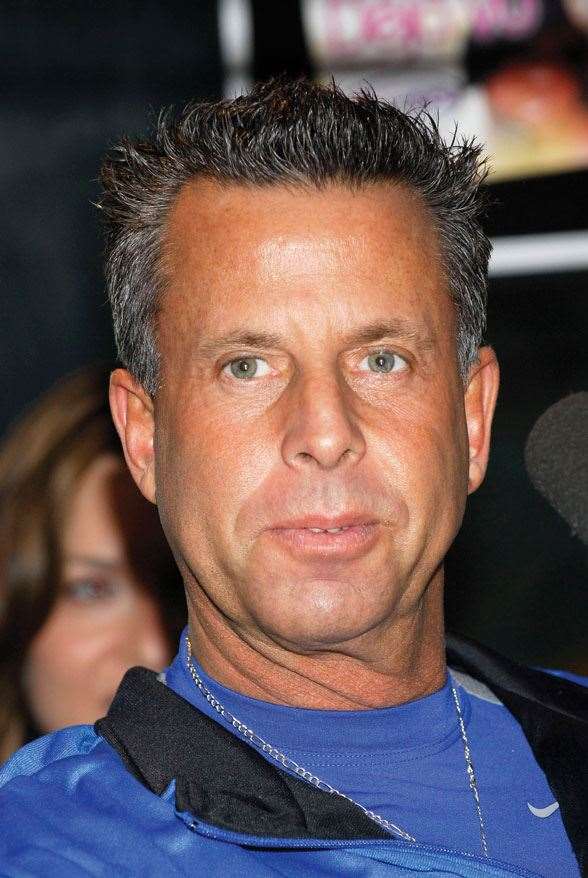 Back in 1976, Sylvester Stallone brought out Rocky. Not everyone thought it was a great movie. It was, in fact, so crammed with pugilistic and cinematic cliches that many serious critics were wondering whether we were victims of some elusive irony that never, even subtly, declared itself. But the most admirable thing about the movie was the way Stallone, determined to play the part of the lead character himself, trained for the role. Via a rigorous personal regime, Stallone got himself fit and muscular and passed into filmic, if not fistic, legend.

Before that, fit actors and other stars were people who came from other backgrounds. Kirk Douglas had been an acrobat before he hit the screens. Charles Bronson gained his muscular physique as a hard-rock miner. His toughness was no act. Occasionally, a muscle man would make it big, like Clint Walker, who played the lead role in Cheyenne. Sometimes, a genuine sporting champion would make the transition and become famous in his second career, as when Johnny Weissmuller played Tarzan.

As time went on, and our body ideal began to change, only the utterly chiselled escaped the hyper-critical objectifications of the masses who were encouraged by the ever-intrusive, pullulating paparazzi. The pressure for stars to escape manufactured phenomena such as “fat shaming” and to look good, not just for roles, but all the time, brought their fitness levels closer to those of athletes. The personal trainer became de rigueur. The astronomical amounts these stars got paid meant these new professionals became as essential and ubiquitous as plastic surgeons for people in the public eye.

Probably the most dramatic physical transformation of any star in recent times has been that of Hugh Jackman. For his role as the shredded mutant superhero in Wolverine, Jackman turned to the latest celebrity star trainer, Luke Istomin. Jackman’s muscle development was so pronounced that the wardrobe department had to beg Istomin to stop training him, as they couldn’t keep up, even while the movie was being made.

The most well-known and pioneering of personal trainers to stars of screen, stage and sport is Dave “Scooter” Honig. After 22 years of physical education in New York’s tough school system, the dedicated Honig parlayed his energy and experience, taking the risk of getting into personal training. Honig’s achievement goes both ways: he has brought the elite fitness levels of sport closer to the world’s biggest stars, and he has been instrumental in bringing the notion of personal fitness into sport, which is probably, in many ways, the greater achievement, especially applied to boxing. In the process, he’s played a big part in bringing the two worlds, stardom and sport, together.

In the world of showbiz, Honig has prepared an endless list of A-listers, such as actor Leonardo DiCaprio (for his role in The Departed), dynamic R&B singer Fantasia and producer, director, screenwriter, playwright, author and songwriter Tyler Perry, for movie roles, television appearances or for life as body ideals for their slavishly devoted fans. Most notably, he is the man who transformed the famous rapper, LL Cool J into the boutique “thug” with a build like Evander Holyfield’s. Cool J’s simple calorie-burning philosophy was developed during concert tours, when he and Honig would improvise, finding football fields for pull-ups on goalposts, or doing wind sprints.

Once, a rabbi approached Honig because he wanted to perform the longest Chassidic dance ever recorded on the Chabad telethon. Rabbi Yossi Cunin shed 100 pounds for the feat, sticking to a routine that began with a walk around the block – all he could handle at first. Then he’d run one block and walk two. He graduated to swimming and mountain biking. Eventually, he was running up the stairs of Dodger Stadium with weights strapped to him. Come telethon time, he performed the vigorous, rapturous solo dance for six straight hours, in his rabbinic clobber, entering the Guinness Book Of Records.

Honig is the ultimate celebrity personal trainer, and the ultimate celebrity as a personal trainer. He can take the popular approach, and is known for his sharp and, at times, zany television appearances. He’s authored and co-authored several books including LL Cool J’s best-seller LL Cool J’s Platinum Workout and Ringside Training Principles. But he’s also a serious and scientific fitness and health maven, appearing on television regularly, sometimes just to talk about nutrition.

His involvement in boxing has been part of a revolution. There was a time, not long ago, when the idea of a personal trainer had no place in the sport. Boxers were considered the fittest, most durable athletes on the planet, and could teach everyone else a thing or two about getting fit. They trained for their sport, and that was enough. The idea of “personal” fitness was foreign, but even for those boxers with more individual regimes, the notion of “outsourcing” conditioning was inconceivable.

As knowledge increased and training methods were tailored to individual needs, reflecting newfound scientific information, the educated personal fitness trainer began to make inroads into the “manly art”. Honig knows the biomechanics of boxing. Every aspect of it, from twisting into a punch to extricating oneself from clinches, demands intensive conditioning and just the right level of musculature. Some of the exercises, such as Russian twists, are unusual and demanding, but the conditioning they achieve is sensational for ring performance.

Boxers who have been exposed to Honig’s personalised system can be seen flipping tractor tyres, pushing carts or doing “central nervous tests” like raising their feet off the ground from a supine position and touching Scooter’s hands. The old notion of “roadwork” to increase endurance now focuses on the cardiovascular challenges of the fight, which is divided into rounds. Therefore, Honig tailors interval training to each individual boxer’s CV needs. In the end, they sustain sprints and various other exercises for the length of a round – two minutes for prelim boys, three for elite fighters. Once, a fighter would ensure he didn’t “run out of puff.” Now, he focuses on “supplying active muscles with oxygen and nutrients, while directing carbon dioxide and waste away from those muscles” – not the sort of thinking fighters are renowned for. Honig pushes fighters to the limit, but ensures every effort, like every punch, is directed at the goal.

One of his most remarkable triumphs came last year when Luis Collazo, a fighter considered years past it, came back fitter and stronger than ever after a shoulder operation to kayo world-rater Victor Ortiz. Honig also conditioned Zab Judah to withstand Mickey Ward’s savage body assaults in 1998. His work was tested in round eight, when Ward landed his celebrated left hook to the body. Judah was hurt, but saw out the round and went on to win on points.

Many men and women – footballers, boxers, basketballers, singers, actors, or businessmen – have cursed Dave “Scooter” Honig for driving them remorselessly, but also thanked him for taking their personal fitness needs seriously and transforming almost every aspect of their being, starting with their body.