The story of how Zeppo created what came to be known as the heart-rate monitor.

Did you hear the one about the Marx Brother who left the troupe to become an engineer – then designed one of the most essential sports science instruments of the modern era? No joke. 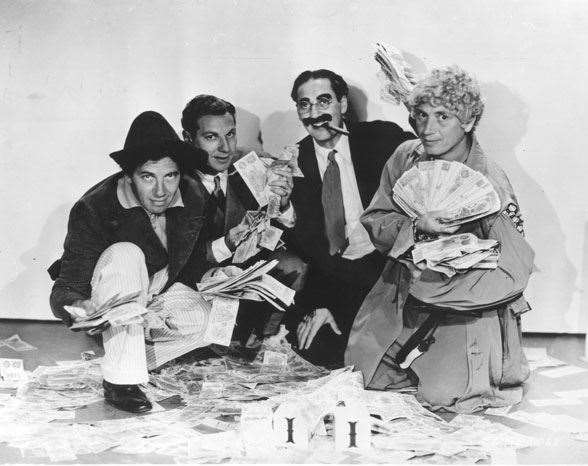 Zeppo (second from left) with his famous siblings in 1933. (Photo by Getty Images)

Though it wasn’t necessarily invented primarily for sport, rather for cardiac patients, the heart rate monitor was destined, from its conception by Zeppo Marx, to become indispensable equipment for many involved in physical activity. Beyond that, it was bound to evolve into a fashion accessory ... even a status symbol.

Yes. You read right. Zeppo Marx. Zeppo, born Manfred, second-least-celebrated of the Marx Brothers (Gummo ranked lowest), who left showbiz to pursue a career as an engineer after making five movies with his risible siblings, took out a patent on an invention he called the “cardiac pulse rate monitor” in 1967, when he was in his late 60s. He saw his invention as a long-overdue development for the medical profession, but also envisaged its usefulness for anyone involved in any kind of physical activity.

Zeppo wasn’t just a pretty face – he wasn’t even a pretty face. And his talents didn’t just encompass comedy – in fact, they didn’t include comedy at all. At least that’s what many say. After he left the troupe, Groucho asked for a collective pay rise on behalf of the Marx Brothers, saying, “We’re twice as funny without Zeppo!”

But he was one smart man. Patent US3473526 A, the cardiac pulse rate monitor, and patent US3426747 A, which was a “watch mechanism for actuation by a cardiac pulse”, constituted the first heart rate monitor suitable for popular use. For the fashion-conscious, it was also a rather elegant-looking device, considering the functions it was required to fulfil and the lack of modern, lightweight materials.

The second of those patents was for a device that enabled the user’s cardiac pulse to drive a watch at a rate that varied according to the frequency, strength and regularity of the pulse. It included a second reference watch, operating at a constant and known rate. The device warned the wearer of excessively high or abnormally low changes of the pulse rate with an audible signal. The user could compare the deviant reading between the watches, which indicated a variation in the heart’s functioning.

And he did all that without the help of Doctor Hugo Hackenbush!

The monitor, and the idea of wearing it as a watch, proved revolutionary. 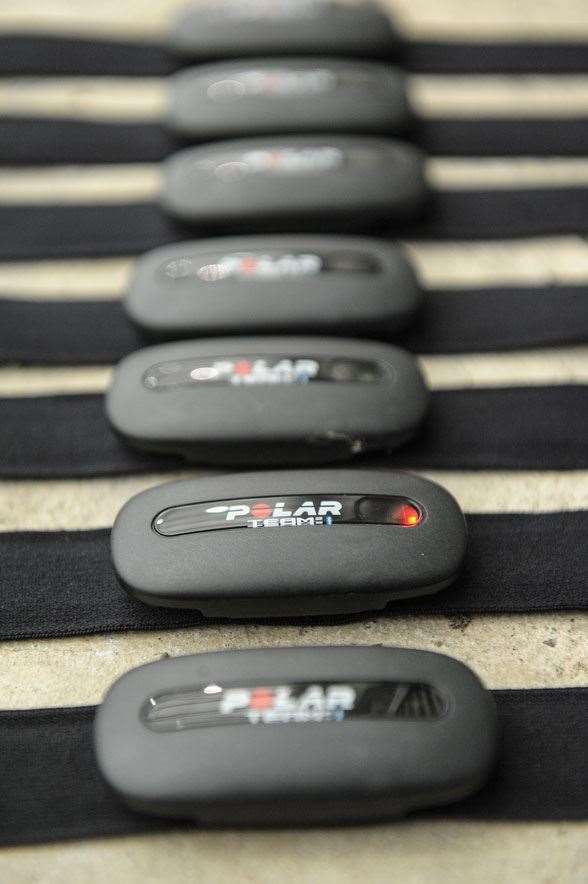 Ten years after Zeppo’s idea, in 1977, the University of Oulu in Finland’s department of electronics invented the first wireless EKG heart rate monitor – a fingertip heart rate monitor called the Micro Heart Pulser – for Finnish company Polar Electro, known globally as Polar. Electrocardiography (the graph produced by this non-invasive procedure is referred to as an electrocardiogram, abbreviated to ECG or EKG), is the process of recording cardiac electrical activity over time by using electrodes placed on the body. These electrodes (conductors placed on non-metallic parts of a circuit) detect the tiny electrical changes on the skin that arise from the heart muscle depolarising during each heartbeat. Depolarisation describes a sudden electrical change within the cells. The process of depolarisation and repolarisation is essential to the functioning of the body’s individual cells, as well as communication between cells. In other words, it is the rhythm of life.

The Micro Heart Pulser was intended as a training aid for the Finnish cross country ski team, and its use naturally extended to coaches and sportspeople seeking to raise the quality and efficiency of their training. Exercise scientists began to use them for research purposes.

Popular sales of the monitor took off around 1983, when the notion of “intensity training” became widespread. Soon after, the first wireless monitor was released onto the market. The portable Polar PE 2000 consisted of a transmitter, attached to the chest by disposable electrodes or an elastic electrode belt, and a receiver. In the early version, plastic straps, water or other liquid was required to get accurate performance. Later units have used a conductive smart fabric, with built-in microprocessors, which analyse the EKG (or ECG) signal to determine heart rate. The receiver was a monitor worn on the wrist.

It didn’t take long for the heart rate monitor to become popular among those more at risk, as everyday personal fitness for the average non-athlete, accompanied by trainers, became an industry to accompany performance sport.

Modern heart rate monitors still usually comprise the two elements of chest strap transmitter and wrist receiver, and it didn’t take long before the receiver doubled as a full-time watch, or a mobile phone.

Receiver designs with various features are now all the rage. The average gym-goer can measure average heart rate over an exercise period, time in a specific heart rate zone, calories burned, average stride length, breathing rate, built-in speed and distance, and in addition to measuring these in real time, they can even log their session in detail and download it onto a computer for medical or performance purposes. Sensor fusion algorithms even allow modern monitors to detect core temperature and dehydration.

The range of monitors available today are designed for convenient use by anyone with a keen and proactive interest in their physical health. Many have even replaced the plastic around-the-chest strap with fabric sensors, and these have allowed for the development of a range of garments which are a comfortable, and increasingly stylish, alternative to the chest strap.

The first sports bra designed with integrated heat sensors, including special materials which sense the number of beats from the heart and transmit this information to a wrist receiver, was released in 2005 by Textronics Inc.

There are also strapless heart rate monitors, which don’t offer as much detail, but allow users to simply touch two sensors on a wristwatch display for a few seconds to bring up heart rate data.

Zeppo Marx was a straight man for his famous brothers, but, despite the public’s perception of him, he was actually a man of impeccable comic timing, and an extremely underrated actor. Perhaps no-one ever noticed the droll irony, decades after he left showbiz, of an invention that loaned some surreal reality to one of Groucho’s most famous comic lines: “Either this man is dead or my watch has stopped.”