The jury is still out on whether a tool which speeds cars up is a good thing or a bad thing ... 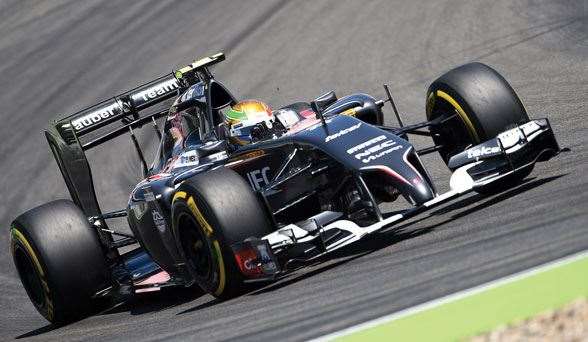 Sauber's Esteban Gutierrez opens up the rear wing to stop it doing what it was designed to do. (Photo by Getty Images)

NO SPORT has loaned itself to more constant innovation than Formula One racing. Looking at the old newsreels, we might laugh at the speed, or lack thereof, of the cars going around in the 1950s and 1960s, but even at the relatively slow pace they were doing, their pursuit was a hazardous one. Just watching the cars of Fangio, Stewart and Moss negotiate corners at speed with their thin tyres and lack of aerodynamics is a white-knuckle ride. You expect them to just hold their line, or leave the track and slam into the nearest solid object.

Many of them did. Constant additions over the decades have rendered F1 racing safer, but they have also enabled the sport and the teams that comprise it to push the cars, drivers and equipment just about as far as they can go. Side-pods and aerofoils that increased downforce and stability dramatically improved cornering speeds. Carbon brakes reduced stopping distances, allowing for last-microsecond decisions.

Of course, many innovations have their revenge effect. Since the late 1960s, F1 racing has been preoccupied with controlling the aerodynamic forces of lift and drag. The addition of the aerofoil-shaped wing created a downforce that improved the vehicle’s traction, but increased drag. The inventions that made driving at speed safer on corners eventually led to the sort of spectacle that has frustrated fans, and potential fans, of the sport: single-file lines of cars following one another around the track, no one able to pass. It gave the whole show a boring inevitability.

The development and widespread use of the Drag Reduction System (DRS) in 2011 has gone a long way toward addressing this problem, and, of course, it has created others. But no one can doubt its effect on the visual spectacle of F1 driving.

DRS is an adjustable flap on the rear wing of the car (the bit that pokes up on the back) which the driver is able to activate using a button on the steering wheel or a pedal to the left of the brake. The wing consists of two flaps. The lower one is fixed. The one above it pivots. When activated, it swivels upward so it is parallel to the airflow as the car moves forward, and leaves an opening. This disrupts the airflow and reduces drag and downforce on the vehicle. A dashboard light notifies the driver when the system is enabled. The five-percent reduction in drag adds a crucial 10-12 km/h to the vehicle’s top-end speed. The system is automatically deactivated when the driver releases the button or uses the brakes.

Of course, the activation of the DRS also reduces grip, which is why it’s not used on cornering.

The DRS was invented, as are a lot of innovations, as a result of the failure of another ingenious concept – in this case, the F-Duct – to circumvent (so to speak) the rules. The F-Duct, by which the driver was able to control airflow through the vehicle by blocking a vent with hand or knee, was deemed to have contravened an F1 ruling about movable aerodynamic parts. It was allowed throughout 2010, but banned for 2011 when the renovated rules covered it. This technicality paved the way for the DRS. 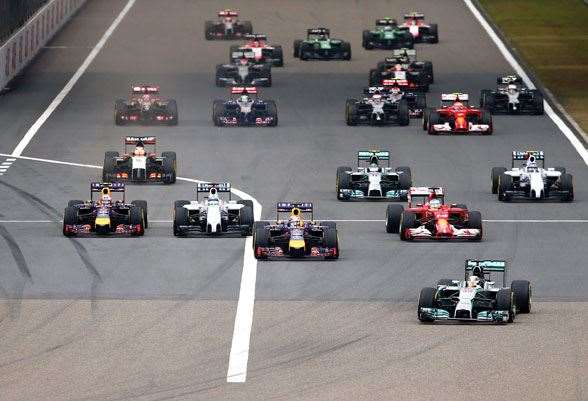 Its effect was immediate. It led to more passing and the instant origination of compensatory tactics. It has certainly released a little more potential for variety in F1 racing. Each circuit, for example, has different levels of downforce, due to many factors. This now needs to be considered more than ever if the tactic is to be effective. Activation zones and various other characteristics of the track have to be adjusted.

Strict rules govern the use of DRS. It can be used on designated straights on a circuit (marked on the track before the start/finish straight. The first line is used to check the gap between cars. If the two are within one second of each other the follower is authorised to use DRS and notified with a “DRS active” light on his steering wheel). It cannot be used until Race Control activates it after the first two laps. It is also prevented if Race Control deems its use unsafe, especially during rain.

The leading driver isn’t allowed to defend his position using the Drag Reduction System when the car behind him activates it. Of course, this ruling has led to much dispute – after all, if a driver has been good enough to gain and establish a lead, should the drivers he bettered to get there enjoy an artificial advantage? On the other hand, it has been a long-held belief that pole-sitters win most races just because they start in front and prevent overtaking. Many critics see the entire phenomenon of more frequent passing as artificial. But the great thing about sport is that a champion can come along and put old arguments beyond dispute.

Sebastian Vettel has dealt with the new problem faced by a race leader in the most effective manner possible: he simply stays more than a second ahead of his nearest rival, thus nullifying the advantages of DRS for his immediate challenger. No one can argue with four consecutive titles. The timing of DRS, and its limited usage, have certainly added a new set of skills to F1 racing. Teams now push hard to be in a position to use the system. The leader (or the car in front) will do his best to prevent the trailing car from employing it.

DRS has changed the game, but it has its critics among former drivers. Martin Brundle believes it creates too many complications. Juan Pablo Montoya, a believer in the art of his sport, described it as “like giving Picasso Photoshop”.

The argument continues: is the DRS inherently wrong because it negates good driving and unfairly “equalises” the contest? Has it improved F1 as a spectator sport? As with any sporting innovation, it can be ruined by officious rulings and the time it takes to realise and correct mistakes.

But there’s no doubting the fact the DRS system – like all good inventions, inspired in its simplicity and logic – has the potential to take on a life of its own. This innovation is one for the spectator. 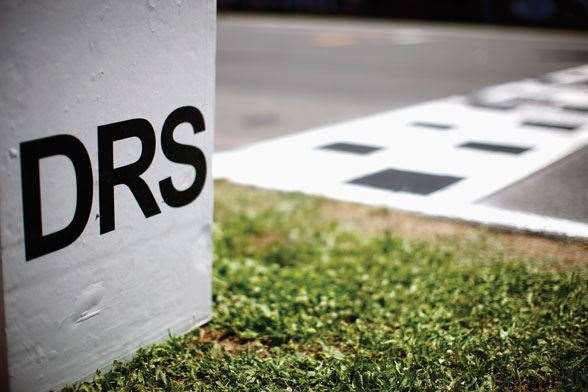