We have witnessed some spectacular batting, especially from Western Australia, and unbelievable drama in the finish to the Tasmania vs Victoria match.

The action breaks until Sunday, so it’s an ideal time to look back at the first week and look at five things we learned.

Victoria was gone against Tasmania.  At 4/172, Tasmania needed 14 runs with almost 12 overs left.  Ben McDermott was set at 71 not out while Beau Webster was 20 not out.  It was a game that Tasmania could not lose…then they started losing wickets. Even when Chris Tremain picked up Webster, surely it was just a minor blip on the run into victory?

At 5/181, Tasmania was just five runs away from victory then a calamitous collapse ensued.  The wicket of James ‘The Finisher’ Faulkner, unable to live up to his soubriquet, saw the batters cross.  McDermott’s response was to go for the grandstand finish. Coming down the wicket to Jackson Coleman, McDermott found mid-off and the Tasmanian tail was exposed.

Gurinder Sandhu and Nathan Ellis squeezed out two more runs, but in the last ball of Coleman’s over, Sandhu sliced the ball in the direction of cover, and Matt Short took a great catch. Two balls later, Jackson Bird was adjudged to have nicked a ball down the leg side, and he too was on his way. Ellis and Riley Meredith were left to get the winning runs, but Tremain caught Ellis in front and Victoria had somehow won by one run. 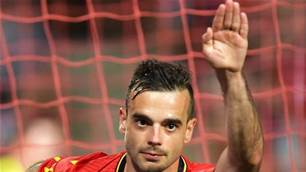 Adelaide star out for season