It is alleged the 60-year-old lured the then 19-year-old complainant to his Perth apartment in 1987 or 1988 on the proviso he would show her photos from his days with the Harlem Globetrotters and raped her.

The court was told of his prior sexual assault convictions after a suppression order was lifted.

Pinder was jailed for sexual assault in the early 90s.

The alleged victim told the court Pinder over-powered her in the bedroom of his apartment.

"I was really scared and I just wanted to go," she said while breaking down.

"It was all a big fighting drama.

"Trying not to let it happen, trying to wriggle free when he's so big and strong.

"I gave up wriggling because I knew it was going to happen. I cried."

She said she then drove home and did not tell anyone as she thought no one would believe her. 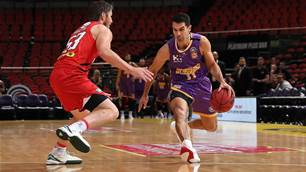 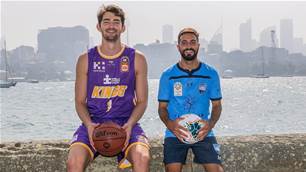 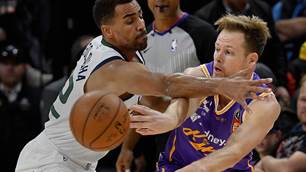