Controversial coach saw each swimmer as an individual work of art.

Energy efficiency became the name of the swimming game when this controversial coach began introducing his revolutionary techniques. 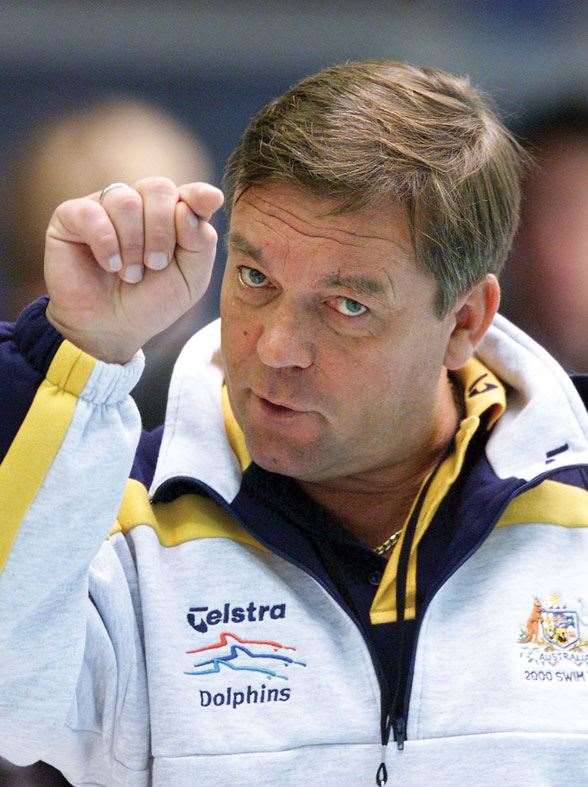 Troubled, half-mad. An erratic genius. It seemed Gennadi Touretski ticked all the boxes. He was famously thrown off two flights in 1995 and 2002, for brawling and drunkenness. After the first, he was jailed for a month in Hawaii. He was also charged with leaving the scene of a car accident in Canberra.

He attracted plenty of heat to Australian swimming when his safe was stolen in 2001. When it was found, quantities of Stanozolol were disco-vered near it. He was suspended, but charges were later dropped and he was reinstated as head coach. Only the protege who followed him out here from Russia, Alexander Popov, stuck with him, and he was fired by the AIS in 2002. The incident resulted in hundreds of unannounced testings, and a lot of resentful swimmers.

Touretski had been the envy of many coaches. His methods were “leading edge” – an apt term, considering his techniques. Touretski coached some of the most genetically gifted swimmers in the world to Olympic and world title glory, and you cannot get more gifted than Popov, Matt Dunn and Michael Klim. But Touretski’s approach was unique. He had studied a number of disciplines at several universities in St Petersburg, including engineering, physiology, biomechanics, biochemistry, sports psychology and fluid mechanics. These were pursued with a goal in mind. Touretski himself was a high-achieving swimmer, a national champion, but seemed more in love with the idea than the act. Despite just missing out on the 1968 and 1972 Olympics, Touretski, a 400, 800 and 1500-metre swimmer, was never made hungrier by the scent of success.

Coaching excited him; it drew forth his creativity. He saw each swimmer as an individual work of art. Touretski coached Gennadiy Prigoda to four Olympic medals and was Soviet national coach for the Olympics in 1988 and 1992. It was in 1990 that he began his work with a swimmer who seemed specifically designed by God to move swiftly through water: Alexander Popov. The first thing Popov did when he joined Touretski’s team was to switch from backstroke to freestyle. For six years, from 1994 to 2000, he was a phenomenon. 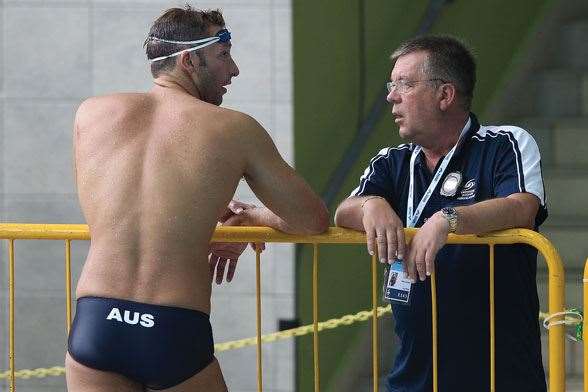 Touretski's tactic with Ian Thorpe was to keep him away from other racers. (Photo by Getty Images)

By the time he emigrated to Australia in 1992, Touretski was known as the first coach to drag swimmers through water on a harness to accustom them to high speeds. As they did so he encouraged them to experiment with body position, something like (as one analyst put it) extending one’s hand, palm forward, out of a car window at speed, feeling the resistance, and then rotating it 90 degrees so the hand “knifes” the air. “Feel” was important to Touretski, and he believed quality of training was more important than quantity. Exact repetition of techniques was critical. Mileage was not his primary concern, except as practice.

Popov’s successor as 100m world record-holder, Klim, was also coached by Touretski, who convinced him to change his freestyle stroke from the classic bent-arm to a straight-armed “windmill” style. It was Klim’s making. He also persuaded the Australian to become more of a butterfly swimmer, and three times he shattered the world record, won numerous world championship and Olympic medals, and in 1998 was world butterfly champion.

Popov and Klim swam with entirely different styles, after considerable thought by their coach. Klim’s straight-armed “snake with kayak” (Touretski’s term) contrasted with Popov’s fluid action. But it was efficient for Klim, as it maximised the advantages of his body shape.

Australian swimming’s peak in the 1990s and early 2000s was largely attributable to Touretski, who coached other top swimmers, as well as the national team, before the ignominious end.

However, when Ian Thorpe came back with London 2012 in his sights, he sought out Touretski in Switzerland, where he coached the national team. Thorpe didn’t make it in the time he gave himself, but made great strides. His work with Touretski was a revelation. They were immediately attuned to one another’s ways, spoke little at training, a lot outside the pool and Thorpe deferred to Touretski’s methods, competing in short-course events, doing altitude training, and “activating his racing ability” by practising less-familiar strokes. Touretski kept Thorpe assiduously away from competition that would make him compare himself with other swimmers, saying, “He already knows how to win.”

For all his common sense and understanding of human nature, Touretski is a scientist; an empiricist who’d study the motion of fish, and write equations. One of those equations

was a simple statement of the relationship of power to energy consumption, which is stroke-rate cubed (in other words, doubling stroke-rate requires eight times the energy). 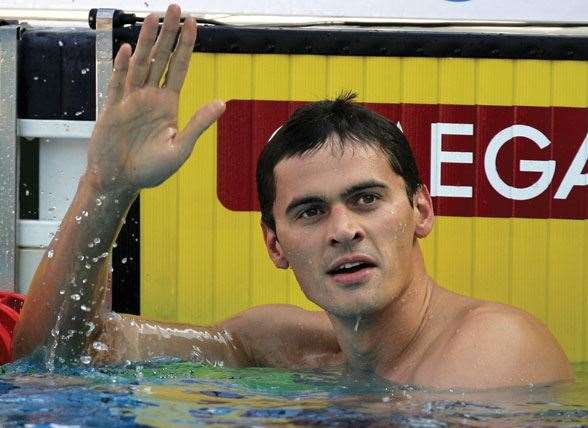 Until the ‘80s, coaching was dominated by mechanical paradigms, as coaches aimed only to increase power, studying paddle wheels, propellers and turbines. Touretski proved conclusively that efficiency – reducing resistance, maximising every motion, “feeling” and gliding through water – was more important than power, even in sprinters. The exact application of each muscle to the task was reinforced with slow-motion movement, where weight was shifted constantly for balance. The emphasis was on streamlining the total action.

Touretski had noticed many sprinters swimming “behind the wave” they created. His idea was to swim “on the wave” by going against the impulse to increase propulsion. Balance, “feel” and locomotion was stressed. Each swimmer is a “fish” in an entirely different way, their means of increasing propulsion and reducing drag unique to them. His “kayak” principle was simply the idea that the arms move in complementary opposition all the time – like paddling a kayak.

Who can argue with Touretski? When Popov defeated Matt Biondi in 1992, he mystified the swimming world by doing it with 33 strokes to Biondi’s 36.

Touretski continues to coach, and now has more than 40 world records and countless major medallions to his credit.