While men’s tennis enthralls with its quartet of superstars routinely battling it out for supremacy, the women’s game has got problems. BIG problems. LOUD problems ...

While men’s tennis enthralls with its quartet of superstars routinely battling it out for supremacy, the women’s game has got problems. BIG problems. LOUD problems ... 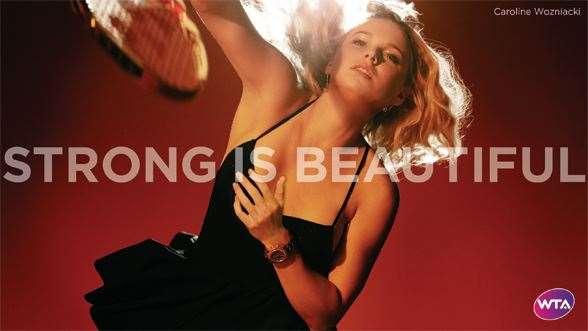 “Strong Is Beautiful”. Only, we don’t see much “strong”. We don’t even see a racquet. But we do see soft-porn lighting, loose blonde hair, shiny eye-shadow, glossy lips and a spaghetti-strap black number that’s clearly not tennis wear.

The double-headed cover of tennis’ 2012 Media Guide said it all for the state of men’s and women’s tennis. This is the shop window for the respective tours to serve up their marketing aces. The men have Novak Djokovic as a modern-day gladiator, chest-out and in full cry, dominating a multi-tiered colosseum under a glowering, gods-are-angry sky. Sparks fly off his bristling frame; his racquet a smouldering sword of Excalibur ... The flip-side women’s cover has a barely recognisable Caroline Wozniacki behind the ghosted words of the WTA’s marketing campaign: “Strong Is Beautiful”. Only, we don’t see much “strong”. We don’t even see a racquet. But we do see soft-porn lighting, loose blonde hair, shiny eye-shadow, glossy lips and a spaghetti-strap black number that’s clearly not tennis wear. A caption is needed to identify Wozniacki and explain her cover-girl status: “2011 Year-End No.1 Singles Player.” Djokovic needs no name tag. Nor a tennis-boffin explanation of his standing in the game. He’s No.1. The Man.

That’s it in a quick serve. The difference between men’s and women’s tennis. Illuminating, too, is how the last year unfolded for the respective No.1s. Djokovic is again on top, the winner of six titles in 2012 and the only man to contest three major finals (winning the Australian Open in a record-setting epic that delivered truth-in-advertising on that Media Guide cover). Wozniacki, meanwhile, was dethroned by the end of January, made one major quarter-final and fell from the top ten.

While men’s tennis basks in a golden era, women’s tennis makes the Eurozone look like a model of stability. The men’s tour boasts the most dominant foursome in the history of the game, the Big Four of Djokovic, Roger Federer, Rafael Nadal and Andy Murray, with 34 Grand Slams between them. Since 2008, only one other man has cracked the Grand Slam club: Juan Martin Del Potro, and he had to beat both Nadal and Federer to do it. In the same period, 20 women’s majors have been divvied up by 11 players.

The tight triumvirate of Federer, Nadal and Djokovic has held the No.1 ranking since February 2004. Over the same time span, the women’s No.1 ranking has changed hands 29 times between 11 players. 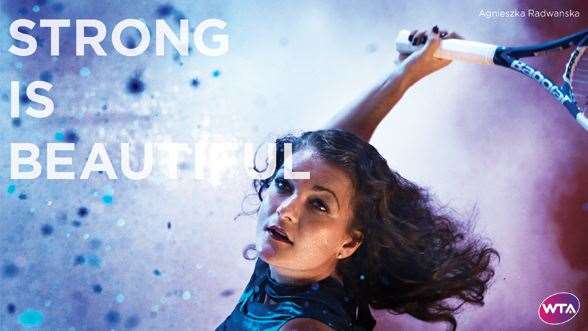 In 2012, new No.1 Victoria Azarenka, mercifully free of the Grand Slam gorilla that beleaguered Wozniacki, raised hopes of restoring order to the women’s ranks with a Djokovic-like 26-0 start to the season. But the ball-crushin’ Belarusian went winless from mid-March to October and 0-5 in high-noon showdowns with Serena Williams, who launched her most audacious comeback yet to swoop on Wimbledon, the Olympics, the US Open and the year-end Championship. And so the dissonance continues in women’s tennis. Azarenka held on to top spot, Williams was Player of the Year. For the fourth year in the last five, the No.1 ranking

and the No.1 record belonged to two different women.

How did women’s tennis get in such a spin? Here are ten ways the silverware has been tarnished ...