Sea Eagles vice captain Jake Trbojevic says he will not be asking teammate Martin Taupau to change his playing style after he copped a two-week suspension for a shoulder charge.

However, he does admit those who continue to play that way will spend time on the sidelines with fellow prop Addin Fonua-Blake also copping a two-week ban for the same offence.

“He’s playing his best when he’s aggressive and it’s hard to change someone like that and maybe there might be a few little things he could tweak.” 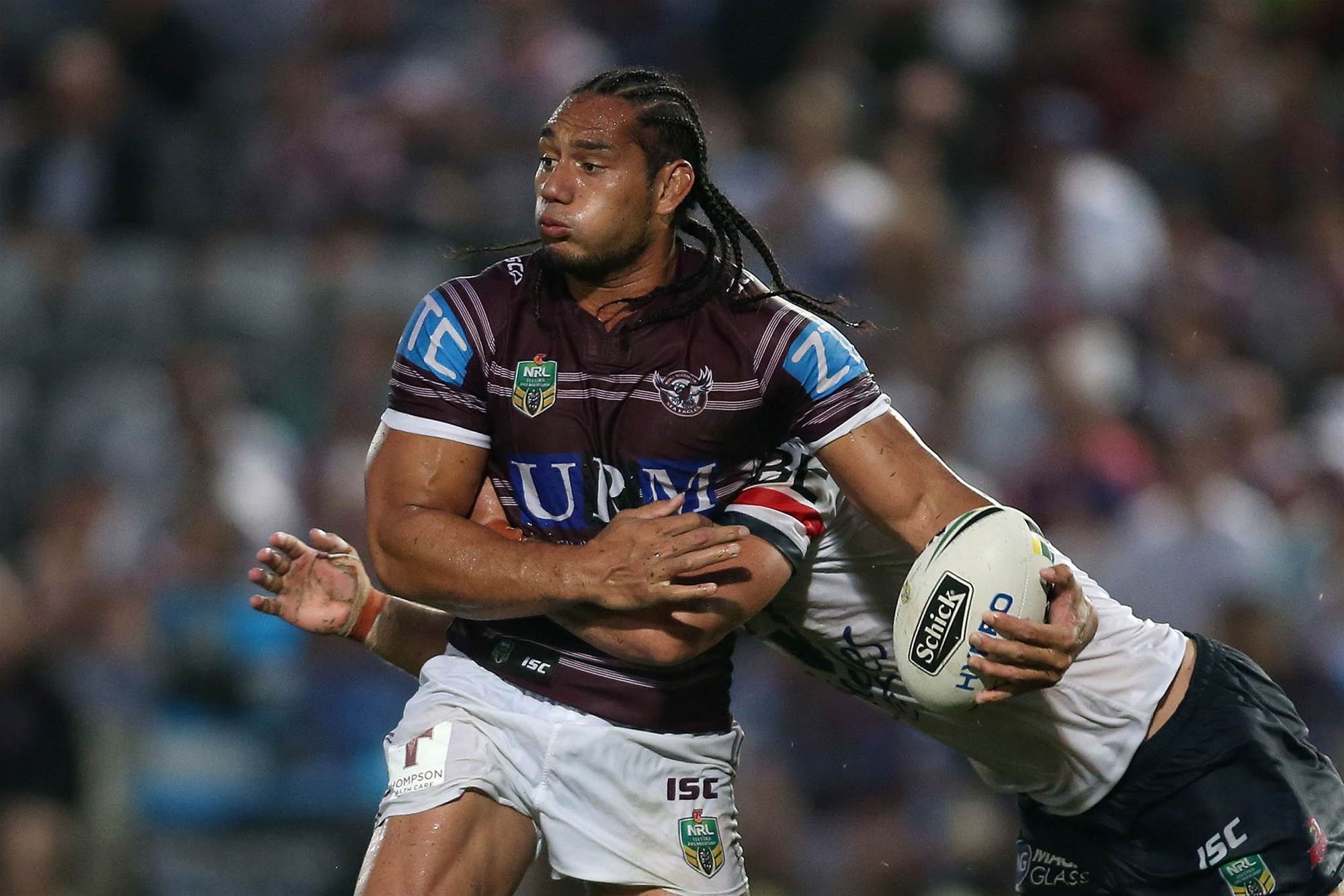 However Trbojevic said those who fail to eradicate the shoulder charge from the game will face the consequences.

“I think if people have done it throughout their career I think it might be hard, but the way the game is you can’t do it these days you have got to get it out of the game, because you can’t be getting suspended week in and week out,” he said.

The Sea Eagles host the Rabbitohs on Saturday following their 20-12 opening round loss to the Eels.

South Sydney will be hurting after their 34-18 loss to the Tigers and will be without star fullback Greg Inglis who ruptured his ACL and will miss the entire 2017 campaign.

“We’re back at Lottoland and hopefully the fans turn up again,” Trbojevic said. “We need to get a win on the board. We have got a few home games here to start the year and we have got to start well. Obviously the weekend wasn’t ideal, but, there were a few positives we can take from it and we will be looking to change it this week.”

“It’s not pretty at the moment and in the past Manly teams have always won there and it wasn’t the best start but we have four home games in the first seven weeks so hopefully we can change it.

“Missing a couple of fellas is disappointing but we’ve got a few blokes there who are going to step up. Everyone has been training hard so who ever steps up will do a job.”