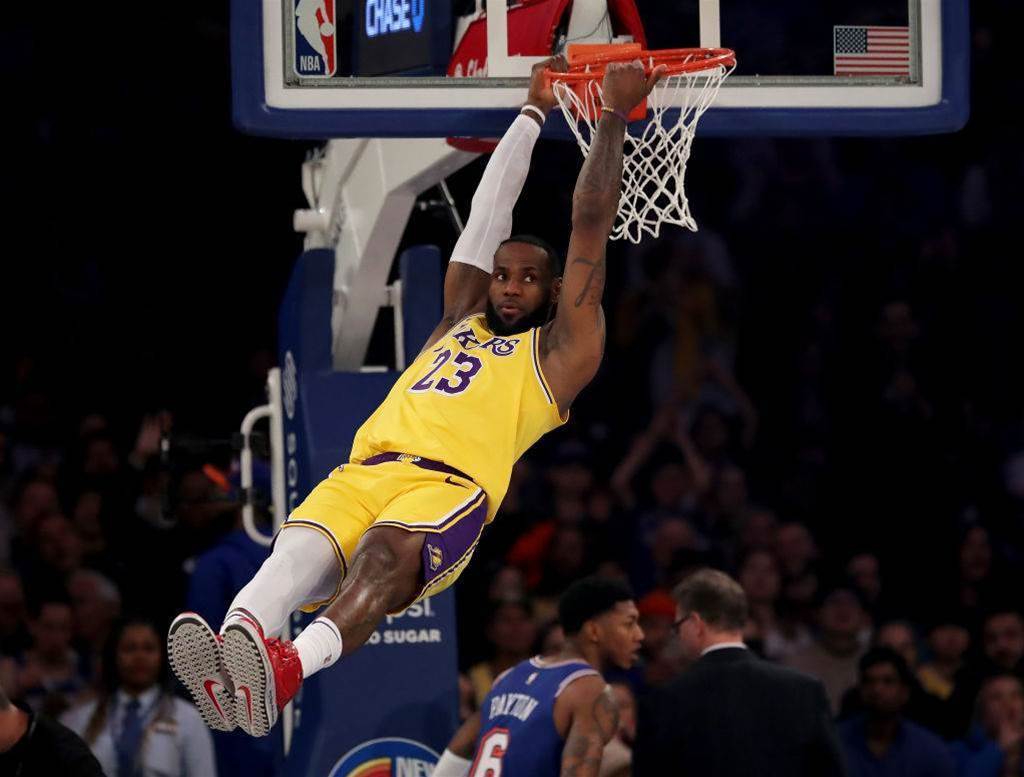 LeBron James will be appearing in his 16th All Star game in February – each and every one as a starter. This appearance will move him into 3rd place overall in All Star appearances behind only fellow Lakers alumni Kareem Abdul-Jabbar with 19, and Kobe Bryant with 18. For comparison, LeBron's 16 All Star selections is well ahead of the 13 that the Eastern starters have garnered between them.

In the best Bill Walton voice you've ever heard: Puhleese!

Trae Young's stats are excellent. Nobody can argue against 29.1 points and 8.8 assists being All Star calibre numbers. But there is one rather large elephant in the room – the Hawks are awful! All Stars are supposed to be the best of the best, right? Is a player that is 'leading' the worst team in the NBA, that has all the defensive constitution of crepe paper, one of the best 10 players in the league?

For what it's worth, with Young on the floor, Atlanta is run of the mill terrible, as opposed to the historical ineptitude they vomit up when Trae sits. That's enough for him to be an All Star (spoiler for next week's article, folks) but not a starter.

The case for Jimmy Butler

Let's be clear: Pascal Siakam is a worthy All Star starter. This is not meant to detract from his achievement. However, it needs to be said that Jimmy Butler is also a worthy All Star starter. Despite the fact that he's apparently forgotten how to shoot (43.9% from the floor and a ghastly 25.5% from deep), he's the undisputed leader of the most surprising team in basketball.

Miami were expected to be a lower end playoff team this season, but it's a stretch to say that anyone outside of the Heat organisation thought they would be at the top end of the conference standings. Butler remains a defensive ace, and acts as the point guard for a Heat team that effectively has no other creative force, although Bam Adebayo is developing nicely.

Butler is listed on the ballot as a front court player this year, after being designated a guard for the balance of his career. If he were still a guard, he surely starts ahead of either Young or Walker.

The next step: removing conference designations.

As is now traditional, there will be a bunch of players, usually with Western Conference addresses, that miss out on All Star selection. Considering All Star appearances are factored into contract negotiations and even Hall of Fame discussions, isn't it time that the league's mid season show case truly reflected the best from the entire league?

Let's look at the career of Mike Conley. From his age 26 season back in 2014, Conley could lay claim to being an All Star, as he could every year up to the end of his reign in Memphis last season. Of course, playing in a conference that through those years had contained Steph Curry, James Harden, Klay Thompson, Russ Westbrook, Chris Paul and Kobe Bryant, Conley was never going to get a gig.

Now compare that with the some All Stars from the East through that time: Goran Dragic, DeMar DeRozan, Jeff Teague, Kyle Korver and Roy Hibbert. If we delve further back, the East has showcased Brook Lopez, Luol Deng, David Lee and Gerald Wallace.

Forget his prime years; if Conley was drafted a pick earlier (Atlanta) or later (Boston), he might have been a 10 time All Star, instead of the being the NBA's reigning Best Player never to be named an All Star. The NBA has taken the first step in dealigning the conferences for the starters. Let's finish the job, and get the best from the whole league to All Star weekend.