The NBA All Star reserves were named earlier this week. These always create contention, and who doesn't love a bit of controversy! In that spirit, let's name my All Star Reserves for 2020.

Last week, I named my All Star starters. Let's recap:

The eagle eyed amongst you will notice that there are some differences between my selections and the leagues. You can read about those in detail here, but to summarise I have Butler and Simmons in ahead of Joel Embiid and Trae Young.

No controversy here. These are as selected by the NBA's process.

So onto the reserves. Let's start by going East.

The NBA's official list of All Star Reserves is as follows:

Given I've stumped for Butler and Simmons to be in my All Star starting lineups, I think it's safe to say I'm happy that they've made the official reserves list. The two that they've replaced in my starting lineup (Embiid and Young) get the nod for my bench.

Trae Young, like Simmons, is an immensely talented young player who is elite at what he does well, and sub NBA standard at the things he doesn't. The holes in their game – defense for Young, shooting for Simmons – are very real issues. But, Young's stats (29.8 points, 9.2 assists, 1.2 steals per game) are simply overwhelming. Just as Simmons lack of an outside game hasn't deterred me from naming him a starter, Young's 'defense' doesn't stop me from giving him the nod as an All Star.

Embiid is the anchor of a fearsome defense. Sure his team is maddeningly inconsistent, and he himself has missed 16 games, which is right around the tipping point of not having played enough to earn your spot. Embiid has All Star money in the bank. In a weaker Eastern field, the big Cameroonian is an automatic for our All Star bench.

In discussing my All Star starters last week, I was open about the dilemma of picking Simmons over Kyle Lowry. If he's a starter in your mind, I won't argue with you. The veteran is an All Star for the 6th time, either way.

The Bucks, being on track for 70 wins, simply have to have a 2nd All Star alongside Giannis. That's not to say Khris Middleton doesn't deserve his place. The former 2nd round pick is again right around his All Star worthy number from last season, averaging 20.2 points, 5.8 boards and 4 assists, whilst shooting a blistering 43.8% from deep. He's a mere two missed free throws off a 50/40/90 season. Middleton's performances often get lost in the rush to praise Giannis – that's fair. He can also get overlooked by people wanting to laud Brook Lopez's evolution into Dennis Scott, or Eric Bledsoe's magnificent defense. Middleton's versatility is the conduit that links everything together for Milwaukee. Even without Milwaukee's dominance, he's an All Star.

I've been at the wheel of the Bam Adebayo Bandwagon (Bamwagon?) since preseason. The 22 year old's breakout campaign is making me look far smarter than I actually am. His versatility at both ends of the floor allows the Heat to do what they do. Bam controls the defensive paint and is extremely active, claiming over 10 boards and a block per game. He has lightning quick hands, as evidenced by his 1.2 steals, and his feet aren't that much slower. Adebayo's ability to stay in front of guards makes the Miami defense a versatile, switchable nightmare for opponents. Bam's offensive game has flourished since he became a full time starter. He doesn't have range on his jumper at this stage, but his floater game is elite. Throw in an ability to thread the needle – he has 3 double digit assist games this season - that belies his relative inexperience, and Bam's 1st All Star berth is more than deserved.

Domantas Sabonis is the pick that appears to have been the most maligned. That is utterly perplexing to me. DoMo has emerged as the Pacers best and most important player with Victor Oladipo on the sidelines. The raw numbers (18 points, 12.8 rebounds, 4.6 assists) are great but they don't tell the full story. Like Adebayo, Sabonis' passing unlocks so much for Indiana's offense – only Bam and Jokic average more assists amongst big men - which has been humming along nicely without their superstar. He also has the added bonus of being able to pulverise defenders on the low block. Although he's passable on the perimeter, he doesn't possess Bam's switchability on defense, but he is a cinder block inside.

The final spot on my All Star team goes to Jayson Tatum/Jaylen Brown. The young Celtic wing has emerged as an excellent defender, and a worthy 2nd banana to Kemba Walker on offense. His play making has become a real weapon for the upstart Celtics. To be honest, it's a dead set toss up between the two foundational Boston wings. Their statistical cases are incredibly similar. They are very much the 2A and 2B in the C's system. I'm going to go with Brown, by the thinnest of margins. If Tatum is your guy, that's fine.

There were some tough omissions.

Bradley Beal has been electric this season. His counting numbers are right in line with Trae Young's, and whilst the Wizards are not exactly tearing up the NBA, they're far more accomplished than the Hawks. Beal isn't a great defender, and he – like his teammates, to be fair – hasn't really bothered at that end of the floor this season. It was borderline between he and Young, but Trae gets the nod. Malcolm Brogdon's early season form was certainly All Star worthy, but he has faded somewhat.

So my final Eastern Conference roster has only a single change from the NBA's: Jaylen Brown in for his Boston teammate Jayson Tatum.

Inside Sports Eastern Conference All Stars:

Here's the NBA coaches picks for the Western Conference reserves:

Damian Lillard's place on this team is the most certain certainty in the history of things that are certain. Despite his team faltering, Dollar Dame has been lighting it up all season and has stepped it up in the past couple of weeks. Since the Warriors game on January 20th, Lillard has averaged 48.3 points, 10.2 assists, 7.2 boards, 1.2 steals and 8.2 three pointers and a ludicrous 55.58%. Those are beyond All Star numbers – they're video game numbers. 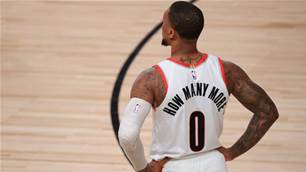 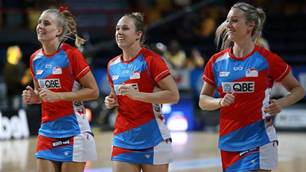