We've had our A's, we're revealed our B's and now it's time to show you our C's.

We've had our A's, we're revealed our B's and now it's time to show you our C's.

A reminder of my one and only rule for the All Alphabet lineups: these five must make some sort of sense on the court. So you won't see Robert Parish line up alongside Kristaps Porzingis and Bob Pettit in the front court.

The All Time C team would be a delight to watch. Two all time showmen in the back court, a pair of hyper intense maniacs manning the forward positions, and an athletic marvel at the pivot.

Cousy was the first superstar guard of the NBA, in an era when big men ruled. Generally considered the best guard of his time, Cooz was the only non centre to win the leagues MVP award in it’s first nine iterations. It’s generally considered that Cousy would have been a multiple MVP winner, had the award existed before 1956, Cousy’s 6th season in the league. Likewise, Cousy’s defensive prowess is often overlooked because there were no defensive honours in the NBA through his career*. Cousy was a colourful player who threw dimes that would be considered flashy in today’s league.

Cousy led the league in assists on eight straight occasions – a record only bettered 35 years by the unassailable John Stockton – on his way to 12 All NBA nominations and 13 All Star appearances. In fact, Cousy was an All Star in each and every one of his complete seasons (he was briefly a player/coach for the Royals at the age of 41, but we don’t like to talk about that).

Cousy’s influence has been felt throughout the generations, with no lesser players than Pete Maravich and Magic Johnson openly stating that Cousy was their basketball role model.

Cousy’s influence away form the court matched his legendary on court status. He championed the cause of non-white teammates through his playing days, and established the NBA Players Association, serving as its inaugural president until 1958.

*All-Defense teams began in the 1969 season, and Defensive Player of the Year wasn’t awarded until 1983.

Can you imagine Steph Curry, darting around a myriad of screens, being set up by a Hall of Fame point guard like Cousy? Curry has played with some wonderful basketballers, but he is yet to play with an elite set up man. The best version of Curry might drop 8+ three pointers a game playing almost exclusively as an off guard.

Steph Curry is one of those rare players that has had the good fortune to come along at the absolutely perfect time. A man as slightly built as he is wouldn’t have survived in the rough and tumble 80’s and 90’s. The lack of a 3-point arc would have restricted his effectiveness in the 60’s or 70’s. Even the first decade of this millennium wasn’t yet equipped to unleash Steph to his fullest. The 2010’s saw the power of space and ball movement fully realised and Curry capitalised to the tune of back to back MVP’s, six All Star games, six All NBA awards, a scoring title, and steals crown and three rings, knocking down 3.6 three’s per game at 43.5%, on the way to a career 23.5 points per game career average.

To simply list the accolades doesn’t do Curry justice, however. I’m not selling it short when I say that Steph has literally changed the way the game is played. He has made the volume 3-point shooter a requirement for a top team, rather than a novelty. He has made the deep 3 an everyday weapon instead of a desperation heave. To a large extent, Steph has rendered the long held preconceptions of what is or isn’t a good shot redundant. He’s a phenomenon that makes pre game shoot around a can’t miss event. Steph has turned the three pointer from a function into an art form.

The basketball we see today is different to anything we’ve ever seen before. Many people are responsible for this shift, but perhaps none more than Chef Curry.

The Kangaroo Kid is possibly the most revered Sixer of all time. A Hall of Famer as a player, he could conceivably been a Hall of Famer for his coaching and broadcast careers.

A fiery and intense combo forward, Cunningham was drafted to an established Sixers team and had the opportunity to learn at the feet of Hal Greer, Luke Jackson, Chet Walker and C Team colleague Wilt Chamberlain, winning the 1967 championship in the process. He eventually took over the mantle of top dog earning 4 All Star appearances and 4 All NBA nominations. Interestingly, he played in the ABA for two seasons right in the middle of his prime, winning an MVP trophy and notching another All Star appearance. He returned to the Sixers and continued to put up close to a 20/10 every night, before a catastrophic knee injury forced him into retirement at the age of 32. He finished his playing days with career averages of 21.2 points, 10.4 rebounds, 4.3 assists and 1.8 steals per game.

Cunningham became the Sixers Coach for the 1978 season. In his eight campaigns at the helm, his Sixers never missed the playoffs, winning the NBA championship in 1983. Cunningham’s 69.8% regular season winning percentage trails only Phil Jackson and Steve Kerr.

The Celtics legend completes a versatile but volatile all-lefty forward pairing. Cowens – drafted as an undersized centre at the recommendation of no lesser an authority than Bill Russell – won a pair of rings through his playing days. He was an 8 time All Star, was nominated to 3 All NBA teams, as well as 3 All Defensive teams. In the 1972-73 season, Cowens posted 20.5 points, 16.2 rebounds and 4.1 assists on his way to his lone MVP award.

HBD Dave Cowens, who accomplished the following in just 11 seasons.

Cowens was known for his fiery temperament and maniacal rebounding, but that belies a formidable all round skill set. In 1978 Cowens became the first player, since joined by Scottie Pippen, Kevin Garnett, LeBron James and Giannis Antetokounmpo, to lead his team in points, rebounds, assists, steals and blocks through a season.

Cowens always elevated his game come playoff time, lifting his numbers across the board. He was the star man in one of the greatest contests in NBA history: game 5 of the 1976 finals.

Wilt Chamberlain is the most dominant offensive force the game has ever seen.

A 7’1” 250 lb behemoth in a time where most centres were generally about 4 inches and 30 pounds lighter, Chamberlain combined superior size with extraordinary athleticism to dominate the NBA as both a scorer and rebounder throughout his career. His records are well known (100 points in a single game; 55 rebounds in a single game; 21 assists in a single game), as are his incredible season averages such as his 1962 effort of 50.4 points and 25.7 rebounds per game.

Despite not averaging over 30 points per game in any of his last seven seasons, The Big Dipper still averaged 30.3 points per game over his career – a testament to how dominant he was as a young man. He claimed 22.9 boards per game over his career. It’s a shame blocks were not recorded until after his retirement, as he would likely be around the top of the all time blocks list. Wilt was the only person able to intimidate A Team centre Kareem Abdul-Jabbar’s legendary skyhook.

Wilt was named an All Star in 13 of his 14 seasons – the injury interrupted 1970 season his only absence. The Hall of Famer collected trinkets for fun:

The most glaring deficiency in Chamberlains CV is that he won ‘only’ two titles despite his personal dominance and that he was somehow not a ‘winning’ player, yet to dismiss Chamberlain’s playoff record is incredibly harsh. Chamberlain’s teams made the NBA finals on six occasions, winning twice. His teams were vanquished by the eventual champion – usually Bill Russell’s Celtics) on ten occasions throughout his career. Much like the array of stars that were denied their moment of glory by Michael Jordan’s Bulls, Wilt would have won at least a handful of titles without the Celtics standing in the way. 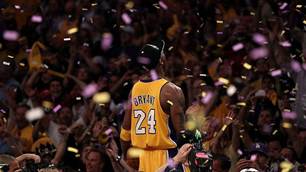