A confounding week for the Philadelphia faithful.

Without the injured Joel Embiid, there was a lot of interest in how the team would perform when turned totally over to Ben Simmons.

We saw what the Australian is capable of when given the space to operate in wins over Boston and Brooklyn, but on the flip side we saw exactly how vital Embiid is at the other end of the floor as the Pacers and Mavericks picked apart the Sixers screen and roll defense.

So I guess we're still no closer to finding out if the Sixers should choose Box A or Box B.

Did Ben Simmons take a three this week? No, of course not! He had space to drive.

In their lone victory this week, The Beard hung an efficient 32 points, shooting 6 of 11 from deep, on the Wolves. In their 3 losses? An average of 31 points per game, but on an ugly 31% from the floor.

On the positive side of things, Russell Westbrook appears to be settling into a complimentary scorers role. His assists and rebounds are down, but he's hit 23+ points in all bar one of his last 14 games after some maddening early season inconsistency.

The Raptors Championship defense is going far better than most expected. At the same stage last season, the Raps were 28-12. Despite losing Kawhi Leonard and Danny Green, then suffering a slew of injuries, the Raps are keeping pace.

Speaking of injuries, Toronto got some good news this week with Pascal Siakam and Norm Powell returning in the loss to the Spurs and Marc Gasol appearing in the win over the Thunder. We're just a Vanvleet away from Toronto getting all their front line players back.

Is there a case for the Celtics to send 3 players to this years All Star game? They have Kemba Walker, Jaylen Brown and Jayson Tatum all scoring between 20 and 22 points per game, all are sitting at a minimum 3.4 in win shares. And if you're only selecting two Celtics, who misses out?

Despite (potentially) having 3 All Stars (4 if you count Tacko Fall) (You should count Tacko Fall) the C's suffered a disturbing loss to Detroit to close the week, going down by at home by 13. Their next match is against the Bucks, so hopefully this was just a blip for Boston.

Sure, the Jazz have feasted upon the NBA's soft underbelly through the bulk of the run, but that's just rewards for a brutal early season stretch of games they endured.

Utah's balanced attack has been the other key to the run. Over the last 10, the Jazz have 5 different players averaging over 14 points, remembering that Mike Conley is still out.

Rudy Gobert has been a monster through this stretch, posting 14.9 points, 15.1 boards and 1.8 blocks with 66.7% shooting. Gobert simply must be an All Start this season – finally.

One of the best features of this season's Heat – to be fair it's a trait of most Spoelstra coached sides – is their ability to be 'up' for each and every contest. They just don't have off days. So you can imagine the coaches frustration at his sides recent Big Apple swing. The loss to Brooklyn would have stung, but not as much as letting the Knicks hang 40 last quarter points on them, in blowing a 14 point second half lead.

In a worrying sign for Miami, their defense has slipped precipitously in the last 10 games, ranking 20th in the NBA in points allowed per 100 possessions. 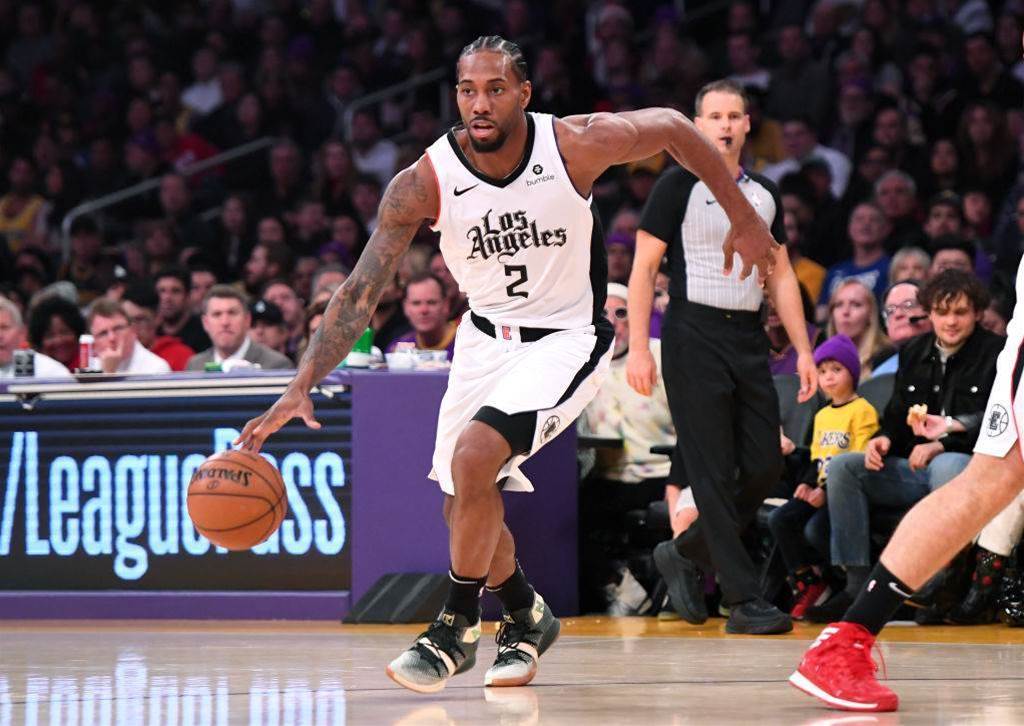 The Clippers are not looking like title contenders at the minute.

Sure, they're missing Paul George – out with a hamstring strain – and that clearly doesn't help.

With both George and Kawhi Leonard on the floor together, the Clippers have a 14-4 record with a +10.7 net rating, good for 2nd in the league and a full 5 points higher than their season average.

Since their Christmas Day victory over the Lakers, however, the Clips are a mere 5-3 with a barely positive net rating.

The Nugs started the week with a shock loss to the Cleveland Thugs...ummm...Slugs, I mean Cavaliers. That seemed to jolt them into action in their next match, comfortably handling the Clippers in Denver.

Nikola Jokic is all the way back, folks. Big Honey is pouring in 25.8 points per game since the calendar flipped with his 3 point shooting rocketing to 48.3%.

We touched on it at the top, but the win in OKC without LeBron or AD was hugely impressive. The 15 point margin absolutely flattered the hosts – this one was over with the scoreboard reading 41-19 at quarter time.

Kyle Kuzma, if nothing else, improved his trade value in this game with a career high 36 points. Rajon Rondo set the tone with an electric 1st quarter, finishing with 21 points 12 boards and 8 assists. He and Dwight Howard (12 points, 14 boards, 2 blocks) appear to have taken a dip in some sort of fountain of youth located somewhere in Oklahoma.

The Bucks are on pace for perhaps the most under the radar of 70 win seasons.

Whilst the Lakers and Clippers get so much media attention, and the various afflictions and remedies of the Sixers get airplay, the Bucks somehow remain under the radar.

What doesn't remain under the radar, is the Bucks superstar. Giannis Antetokounmpo is the first person since Wilt Chamberlain back in 1966 to average north of 29 points, 12 rebounds and 5 assists per game. Against the Knicks this week, he posted a 37, 9 and 4 line...in a mere 21 minutes on court. Whilst his team might be under the radar, the Greek Freak certainly isn't.