All you need to know about Pittsburgh's Sidney Crosby is that he sucks. Big time.

The hits, hype and speed of an ice hockey game at Madison Square Garden in New York will stay with you forever. Just watch out for Sidney Crosby ... he “sucks”. 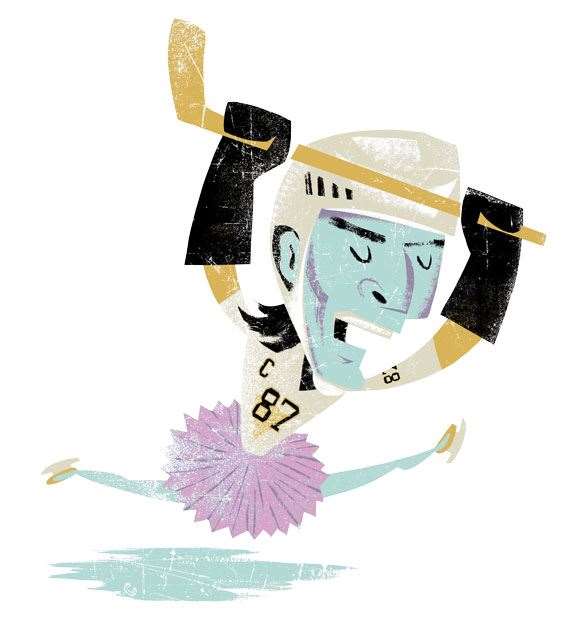 Welcome to Madison Square Garden in Manhattan for this very important National Hockey League clash between the city’s beloved New York Rangers and the Pittsburgh Penguins, captained by the good-looking, highly skilled – and therefore highly hated in these parts – Sidney Crosby. It’s only game two of the first round of the Stanley Cup play-offs, but the winner of this match will claim ownership of the entire universe, or so it seems.

Madison Square Garden, located between Seventh and Eighth Avenues, holds 18,000 people for hockey. The Rangers’ co-sporting tenants are the New York Knicks, but seeing as though Carmelo Anthony’s men never play past the regular season, it gets pretty lonely at MSG for the Rangers this time of year.

Excitement is building for this epic encounter. Already there are strobe lights shooting multi-coloured laser beams across the arena, and the doof doof music is getting intense, pumping the highly energised crowd up ever more by the minute. Suddenly, every light in the stadium is switched off, and the spotlighted players glide onto the ice one-by-one, worshipped by the throng just like Odysseus would’ve been after returning from Ithaca. (Although, it’s doubtful Odysseus had his profile shot and stats displayed on a hanging jumbo screen like today’s NHL players – it was ancient Greece, after all.)

All fans entering MSG tonight have been gifted with a white, teatowel-sized sweat rag with the words “Blueshirt Proud” written on it. When the home team scores, wave it around wildly in a circular motion above your head. Consult YouTube for videos of Sheedy’s days at the Bombers to refine your technique. Another important tip for novice Aussies before a puck is hit in anger: no one in America calls this game “ice” hockey. “What else do they play hockey on?” you’ll be asked.

It takes about 7.5 seconds for the first player to be smashed up against the perimeter wall, just like you see on pay TV. As horrific as that sounds, it’s what you’re here for, isn’t it? Keep your eye on the rapid interchanges, too; they happen every one and a half minutes, with a fresh wave of troops replacing the spent ones.

Tonight, the Blueshirt faithful, with psychotic enthusiasm, have gathered to cheer on their heroes. The Rangers take the lead midway through the first period and the place erupts, a

red warning light behind goals confirming the puck has crossed the line. A celebratory air-raid horn starts blaring and it’s party time in the Big Apple. Those tea-towels – 18,000

Throughout the game the home fans have been firing verbal venom at Crosby. He’s Canadian. He wears number 87. And he sucks. Big-time. Don’t ask why. Just scream Crosby SUCKS! Crosby SUCKS when everyone else does. The bad news for the locals though is that Suck Boy is on fire tonight; he’s even broken his longstanding goal drought with a double. Needless to say, his suck-value is off the Richter scale.

There are 20 players in an NHL game-night squad, with six allowed on the ice at any one time. Among these is the goaltender. It’s his job to stand immediately in front of a small, netted goal and have volcanic rubber pucks fired at him, in between being absolutely pummelled by the opposition.

With the Rangers behind after almost an hour of scrimmaging, skidding, sliding and firing pucks, the 12-year-old sitting beside you yells out: “Hey Rangers, this is a game of hockey, not ballet!” Now, your author can’t remember the last time a ballet dancer pummelled a fellow performer up against the stage wall, but hey, this kid has watched more live hockey than me. He’d know when things are getting soft out there.

The Rangers manage a comeback goal late in the third period, but the damage is done. The Penguins win the game 4-3. It will be their first and only win of this Eastern Conference series though, which the Rangers eventually win handsomely. 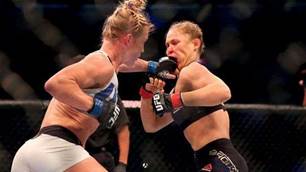 Let's hear it for female athletes ... and Mitch Johnson