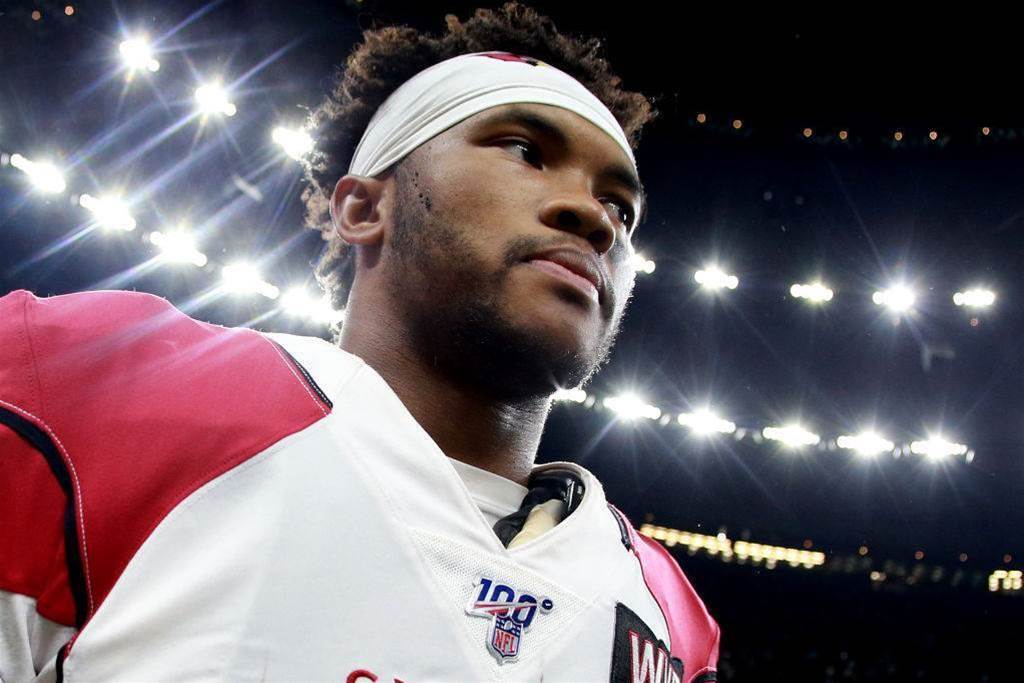 Halfway through the 2019 NFL season and the Arizona Cardinals already have the same amount of wins as they had, at the completion of last season, where they finished with an abysmal 3-13 record. The Cardinals have certainly showed improvement under new head coach, Kliff Kingsbury and the number 1 overall pick in this years draft, quarterback, Kyler Murray.

However, their defence has struggled so far this season, allowing 27.9 points per game, the 4th worst in the NFL. With the much needed return of Patrick Peterson, the defence should be able to keep the Cardinals in most games, giving the opportunity for Murray and co. to demonstrate some of that 'air raid' offense that Cardinals fans were been promised at the start of this season. 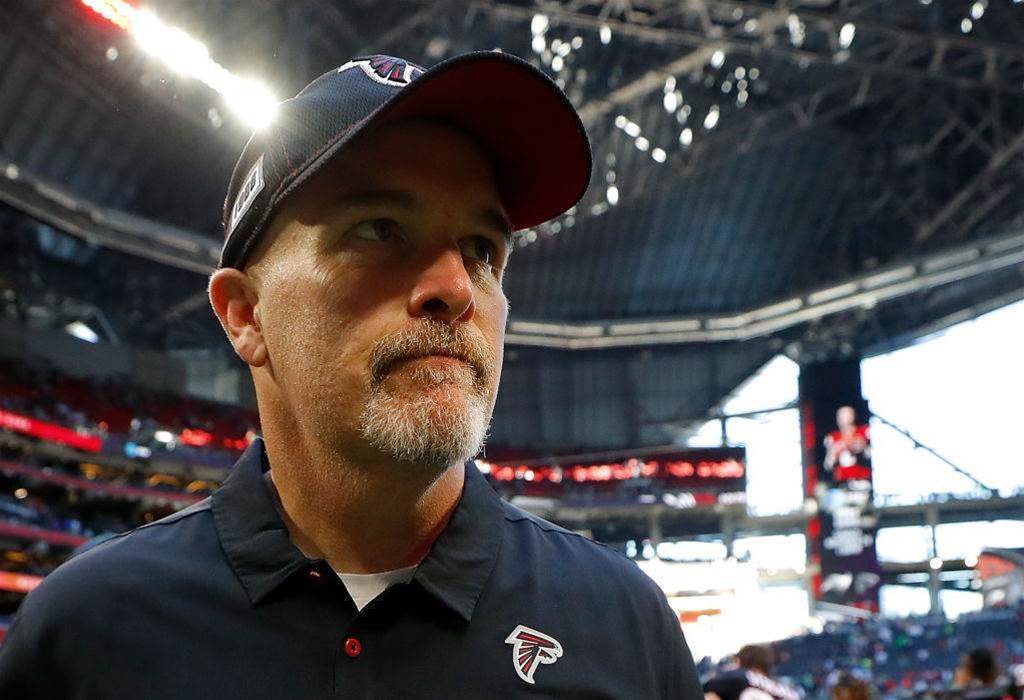 Arguably the most disappointing of all 32 teams so far this season. The Atlanta Falcons have been disastrous on defence, allowing a substantial 31.2 points per game, second last, only to the apathetic Miami Dolphins. Not only this, but the underwhelming performance of an offense that consists of highly talented names such as, Julio Jones, Calving Ridley, Matt Ryan and Devonta Freeman. Yet, somehow, can only manage a measly 20.6 points per game, it shows that this team is in serious need of a change at head coach. It has only been three years since Dan Quinn took this team to a Super Bowl, however, with the lacklustre performances from so many in this team, it is clear that he has now lost the locker room. 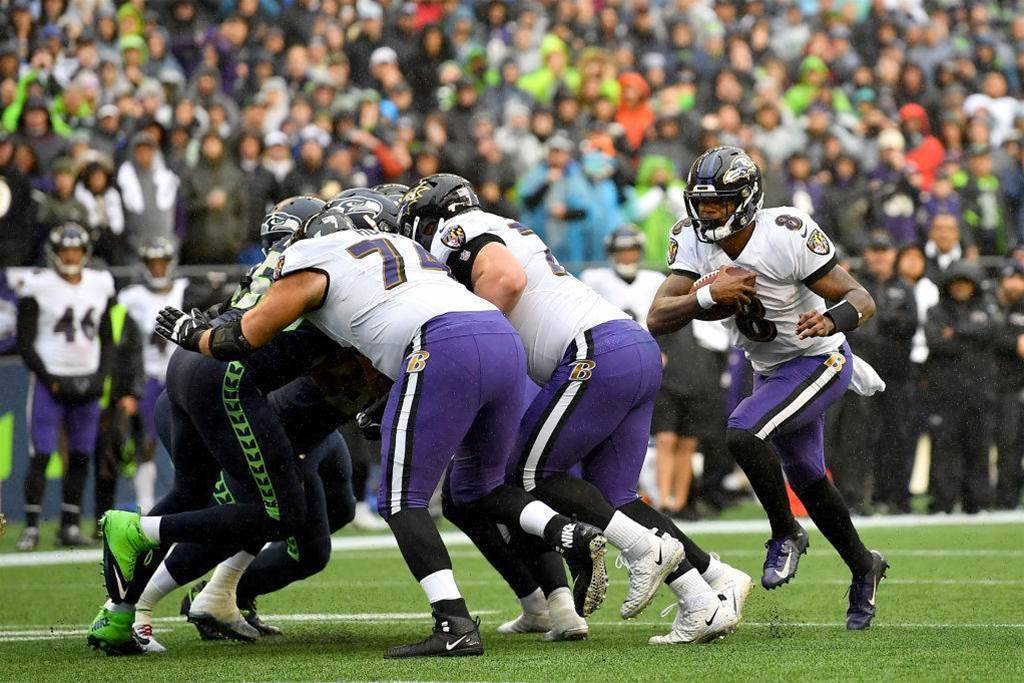 Sitting atop the AFC North, the Baltimore Ravens have been quite clinical so far this season. With consistent performances from a vastly improved Lamar Jackson, the offense has been humming, scoring an impressive 30.6 points per game, ranking them second overall.

After losing considerable talent on defence in the pre-season, the acquisition of Earl Thomas III has been one that Ravens fans would be very thankful for. With a mouth-watering matchup against the 7-0 New England Patriots in week 9, it will be a true test to see just how good this Ravens team is. 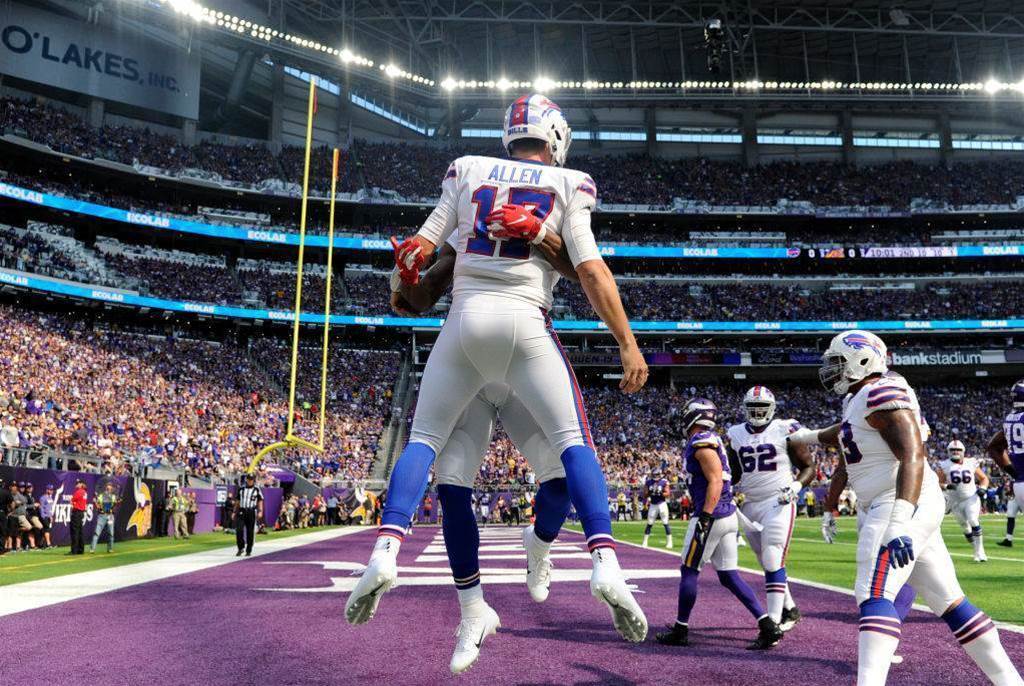 The strong point for the Bills so far this season has been their defence, they rank an impressive 5th in opponent points per game, and while last weeks loss against a subpar Eagles team would be rather concerning for them, if you were to ask Bills fans at the start of the season if they would have taken a 5-2 record at the halfway mark, they would have given a resounding, Yes! Still, they have beaten some pretty ordinary teams and with no real threat in the next few coming weeks, it may be quite some time before we see if the Bills are capable of a deep playoff run. 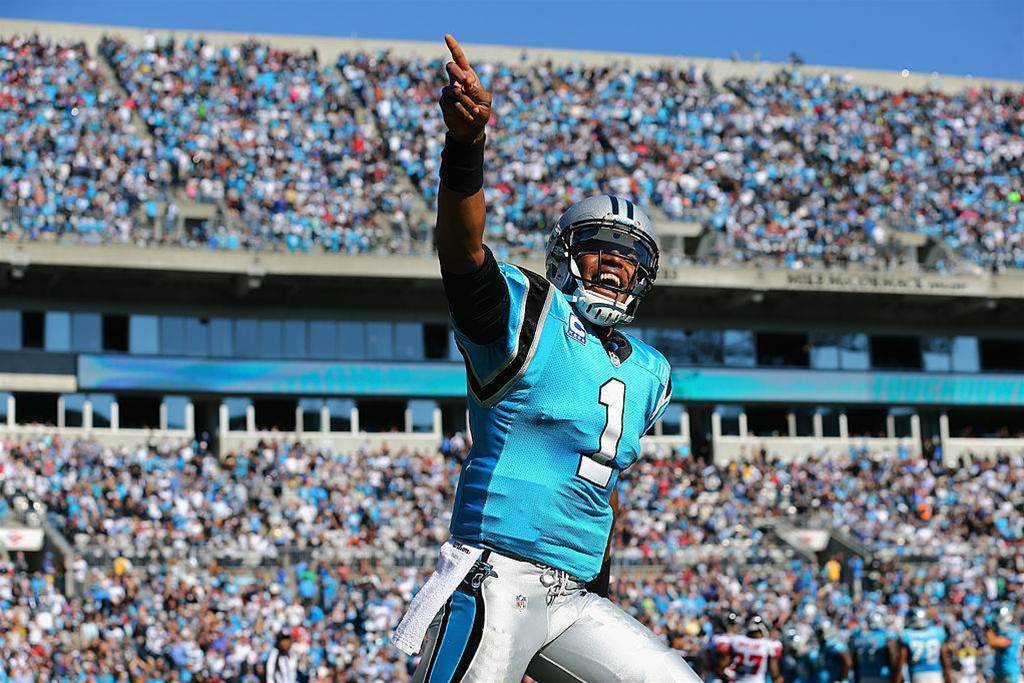 It has been a tale of two halves in the first half of the season for the Carolina Panthers. They started the season 0-2 before former MVP, quarterback Cam Newton succumbed to a foot injury. Already beginning so poorly it seemed the Panthers' season was finished before it really began. Yet, back up quarterback Kyle Allen, alongside MVP candidate Christian McCaffrey looked to have been doing a great job steading the ship, winning the next 4 in a row, before last weeks belting by the 7-0 San Fransisco 49ers, losing 51-13. The Panthers will be hoping Cam Newton will soon be fully fit and able to improve upon the hard work done by Kyle Allen that has kept the panthers season alive. 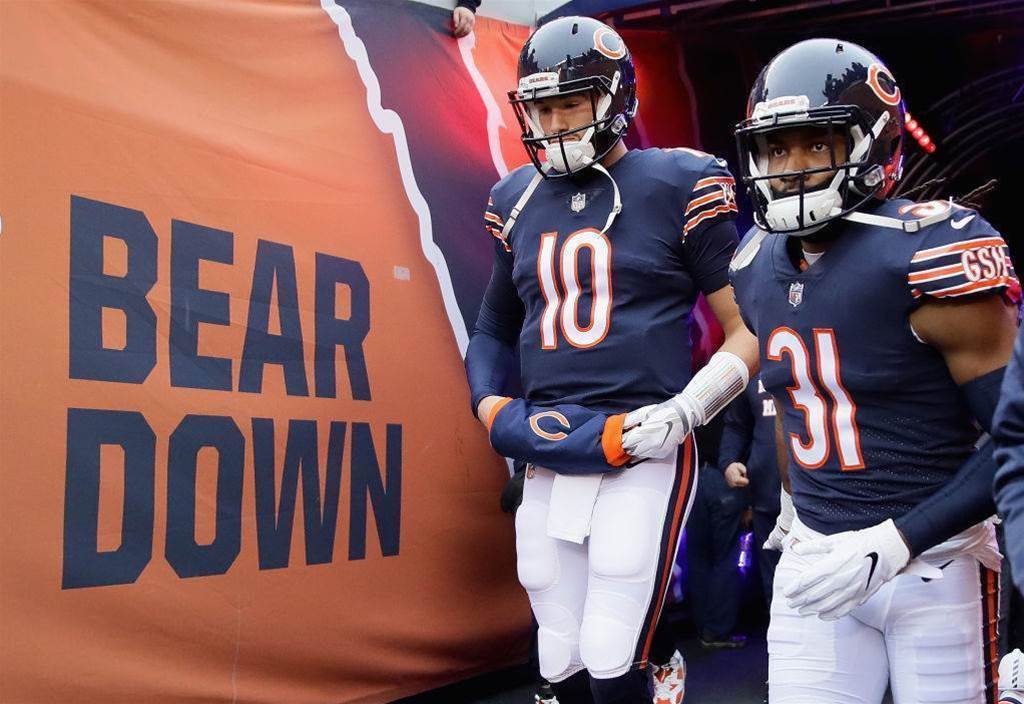 Uh Oh, there are issues in Chicago. Mainly the offense. The Bears rank 29th in passing yards per game, averaging only 198.3 per game. Third year quarterback Mitchell Trubisky can not move the ball down the field, how much of the blame is on him? and how much of it is on head coach and play caller Matt Nagy? I'm not sure, but maybe they need to listen to Billy Flynn and learn to 'razzle dazzle' em. Otherwise Chicago fans will soon lose complete patience, if they haven't already... 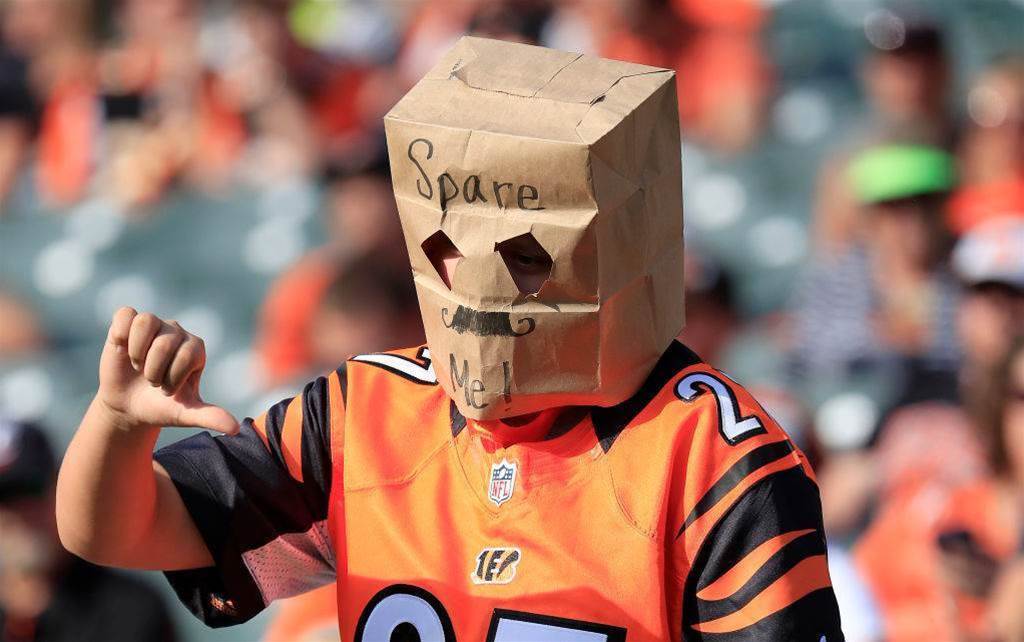 The Bengals are awful, awful on just about every side of the ball, offensively they cannot seem to gather any sort of consistency, quarterback Andy Dalton appears to be on his last legs as a Bengal, (at least Bengals fans can hope). Defensively they rank in the bottom 5 in just about every important category. Is it a surprise though? No, it's not. The Bengals have been a franchise lathered in mediocrity and incompetence for many years. Even when they were 'decent' they still couldn't win a playoff game. New head coach Zac Taylor has taken on a complete dumpster fire, and a concern for Bengals fans, he isn't showing much of a plan to turn it around any time soon. Perhaps his plan is to tank for Tua? Ok, Zac, good luck 'beating' the Dolphins for that. 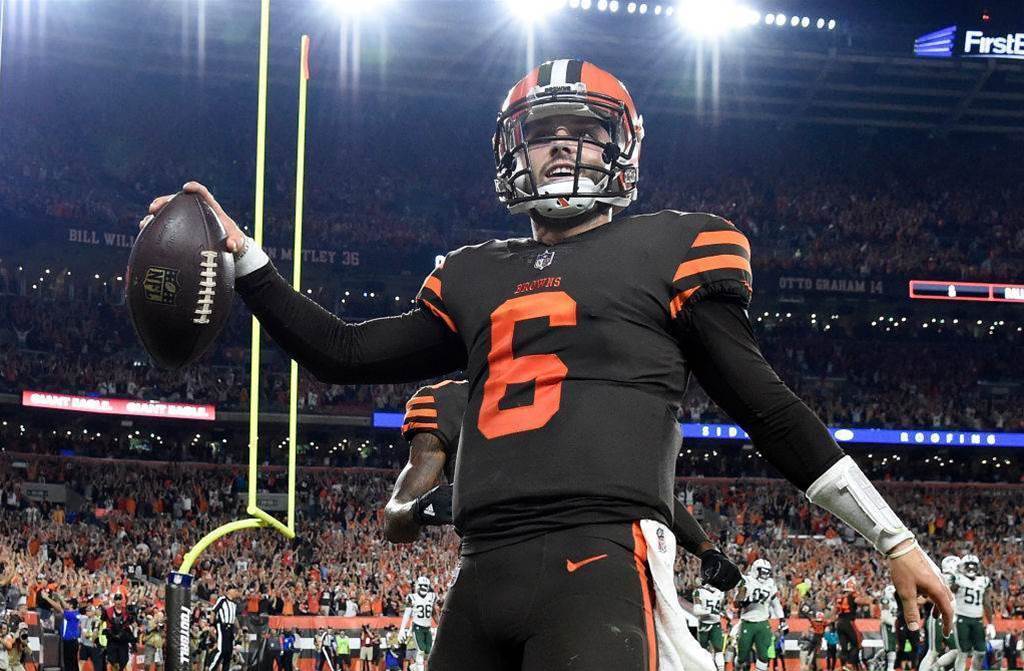 Congratulations to the Cleveland Browns for winning the 2019/20 Super Bowl!... Hang on, was that a little premature? Well, not to Browns fans, who back in March of this year were already booking flights to Miami for the Super Bowl. After two years of utter embarrassment and near irrelevance, the Cleveland Browns managed to find their quarterback last year in Baker Mayfield. Then, followed up by a pre season trade earlier this year, for star wide receiver Odell Beckham Jr the Cleveland natives were over the moon. It wasn't only Browns fans who were predicting great things for this team, many experts were also predicting the same thing. So where's it gone wrong for the Browns ? A spluttering offense directed by head coach Freddie Kitchens, ill-discipline and some key injuries on both the offense and defense has stalled the much hyped Browns potential. Their season isn't over yet, but it'll be a tall order to get a spot in the playoff's this season. I hope it's not too late to get refunds on your Super Bowl tickets, Browns fans.