The Sixers’ opener and wicketkeeper is destined for great things.

Only 22-years-old, Philippe is a BBL regular with a reputation for big-hitting at the top of the order. It is only a matter of time before he gets a tap on the shoulder for international duty. However, the Western Australian is happy to play his brand of cricket and let everything else look after itself. It’s an admirable quality from a youngster. Especially for one who thrust himself into the limelight, in 2017, against the touring England team prior to the Ashes.

Speaking to Philippe before the start of the BBL, it was fascinating to hear how Philippe dealt with the weight of expectation. At the time, Philippe’s scoring rate was at 158. Comparing that to Chris Gayle, who scored at 147, came as a surprise to the Sixers’ star.

“I think it shocked me a bit. I wasn’t sure that I could really do that, but I guess, yeah, I just go out there and play my shots, and just try and be in the moment. I’d like to think I can try and keep it up to someone near that, but I’m not sure I’ll be able to hang onto that forever,” said Philippe.

In hindsight, it seems that the Perth Scorchers were remiss to let such a player out of their grasp. Philippe has not looked back and is flourishing out east with the Sixers. Although a BBL century has eluded him so far, Philippe is happy with his teammates. In particular, it is Englishman James Vince who he clicks with at the crease. Philippe’s 86 not out against Hobart at the SCG, in a nine-wicket win, was part of a record-breaking 167-run partnership with Vince.

“I absolutely loved batting with him [Vince] last year, and he was a big part in the innings against the Hurricanes, and that was really exciting. He’s obviously a world-class player, and he was kind of coaching me through that innings as well and yeah, that was exciting, but all the boys at the Sixers are.”

Moving on to BBL09, Philippe recognises that the Sixers are moving in the right direction. The squad does have the bonus of players being available after the international matches are out of the way. In the meantime, the Sixers need to keep in the hunt as this year’s competition is proving to be as competitive as ever.

“I think coming from last year being massive underdogs, and I think we were favourites to come last, I think we showed the competition what we were all about. We are bringing a similar squad in this year as well as getting Steve Smith potentially available towards the back end as well as Nathan Lyon. So, I think if we start the tournament well, we’ve got some pretty good players coming in towards the back end and think we can come in hard and compete to win this year,” offered Philippe.

Ask Philippe a direct question, and the youngster is happy to respond. The likeable thing about Philippe is that he recognises that there is much still to learn and is willing to analyse and think about the game. One aspect that is on the table to improve is the longevity of innings. It’s an honest self-criticism but one that Philippe is addressing.

“I want to be able to take the game deeper. I think at the moment, I sort of go out there all guns blazing and sort of getting starts and then sort of get out and leave it to someone else. I think this year, a big thing for me is to try and get to 12 and 14 over marks so I can really set up a platform and yeah, take the game as deep as I possibly can. That’s probably the biggest for me.

Philippe continued, “Shots-wise, I think you’re always trying to perfect every shot. I wouldn’t say there’s a particular one I’m working on, but I’m just working sort of 360 degrees. I want to be able to hit the ball where the gap is all the time, and that in the game that obviously changes a lot, so I guess I’m just practising all my shots, 360 degrees around the ground and just trying to make sure I have an option before every field setting so, most of the change up balls the bowlers will bowl and just being adaptable.” 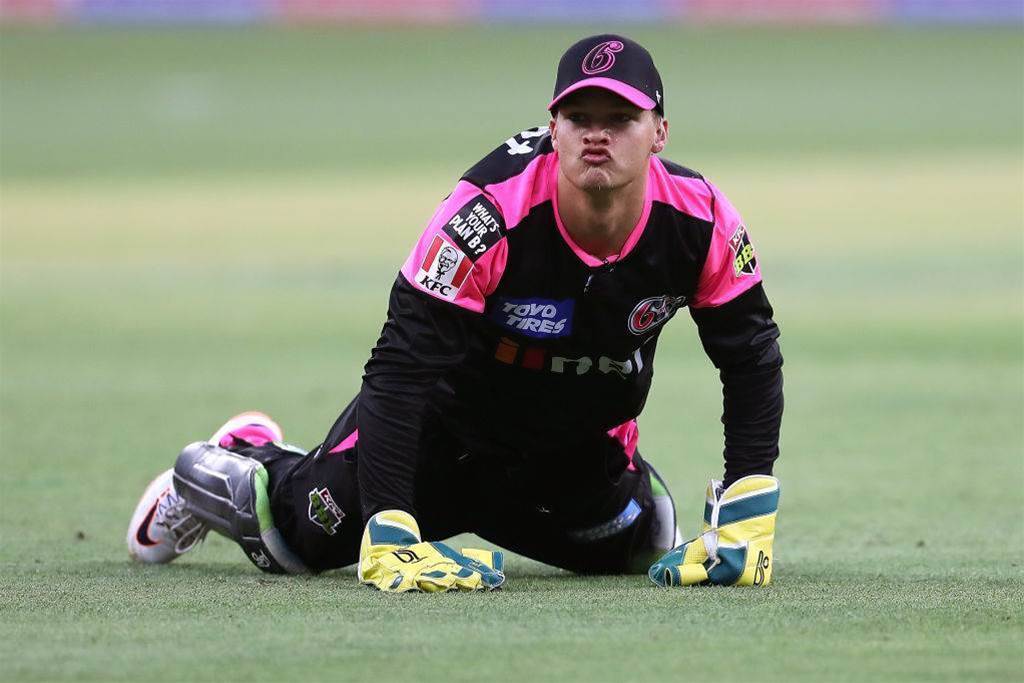 Philippe is synonymous with white-ball cricket but is not prepared to settle for. The Western Australian wants to succeed in red-ball for his state but eyes that he needs time at the crease to develop a skill set to succeed.

“I mean the dream has always been for a Test career, but yeah, that’s definitely a side of my game I still need to work on. At the moment, I’m probably more suited to playing white ball, but I’m trying to learn to bring my game in a little bit and be able to bat long periods in red-ball cricket as well,” Philippe said.

It appears that Philippe is on track to represent Australia in white-ball cricket soon rather than later. With the skills of being a wicketkeeper and opener, it could be that Australia needs one rather than both. However, Philippe is self-effacing about his chances.

“I still think there are quite a few things I need to sort of work on and with obviously – I mean, Alex Carey’s well ahead of me as well, but I mean, that’s a dream, so I guess if I have a good year this year, you never know, but I’m just going to try to do the best I can at the start of the season and then if I do well, I guess that’s the sort of thing that looks after itself. But I’m 22, I’m still pretty young, so I guess I’ll say there’s plenty of time as well, but yeah, look, I mean if the opportunity comes and I’m playing well, I’d like to think that I’d be able to grab it with both hands.”

If international recognition does materialise in 2020, the T20 World Cup on home soil may be the opportunity for Philippe to represent his country. To do that, Philippe needs to keep doing much of the same. Although it’s not necessarily on the radar, the Sixers’ star admitted that it wasn’t off the radar either.

“Yeah. I guess I kind of like to set pretty simple goals going forward. I mean with the T20 World Cup coming up, this is a very important Big Bash for a lot of players, ‘cause a lot of players are going to want to try to be an option to be in the squad, so I guess, I mean I haven’t necessarily written that down as a goal, but that would be amazing and I’m eyeing that off somewhat to be more considered an option I think would be exciting.”

Sydney Sixers win at Gabba to Keep Pressure on

Sixers See Off Stars in Sydney