The BBL08 champions, Melbourne Renegades, are yet to win a match in this year’s competition.

For a team that overachieved last season, they are massively underachieving in this one.

The Renegades have five straight defeats so far and are staring at cross-city rivals Melbourne Stars, currently at the top of the ladder, for their first victory. And it’s a chance for the Stars to avenge defeat in the BBL08 final.

Margins are fine in T20 cricket and, maybe with a bit of luck, the champions could have picked up a win here or there. Last time out, they could have held off the Sixers before losing on the penultimate ball but where has it gone wrong for the Renegades?

There is no one defining answer. Otherwise, it would have been put right already, but it is an amalgam of issues that have resulted in the predicament that the Renegades are in.

Having a new coach cannot be ignored. Michael Klinger is an experienced operator on the cricket field. Perhaps, not unexpectedly, Klinger is still working his way through the early days of coaching. He would have known that the job came with pressure, but knowing doesn’t always mean that it can be dealt with quickly. Klinger looks like a phlegmatic character; when the cameras cut to the bench, in hope to get a reaction shot or two for the TV audience, the Renegades coach looks unmoved. Sometimes, you wish that he was having a rant or letting off some of the evident frustration that he’s encountered so far. Perhaps, the Renegades need a Sir Alex Ferguson-like blast may help matters?

The batting department has been, excuse the pun, hit and miss this season. The addition of Shaun Marsh should have added cohesion, and masses of runs, for Finch et al to play their shots. Marsh has looked particularly laboured at times. He is averaging 38 and is the top run-scorer for the Renegades with 190 but is not scoring as quickly as previous. Perhaps, he too is finding a change of surroundings as challenging as his coach. His score rate is 118.75 which is, frankly, too slow for a batter of his ability and reputation. Marsh is eating up too many balls that could be scored off.

The contrary is true for the rest. If Marsh is not scoring fast enough, the rest of the batters should consider fewer aerial shots too quickly in the innings. Sam Harper, Dan Christian, Beau Webster and Aaron Finch are all scoring at over 130 but aren’t going on to post the big scores that hurt opponents. There are just four scores over fifty posted by Renegades batters. Consequently, there have been only five partnerships of fifty or more. Marcus Harris has been poor so far and has been left out of the squad for the Stars game at the MCG. However, who else is there? Will Sutherland has scored four runs from his two innings. The cupboard looks bare at Marvel Stadium. 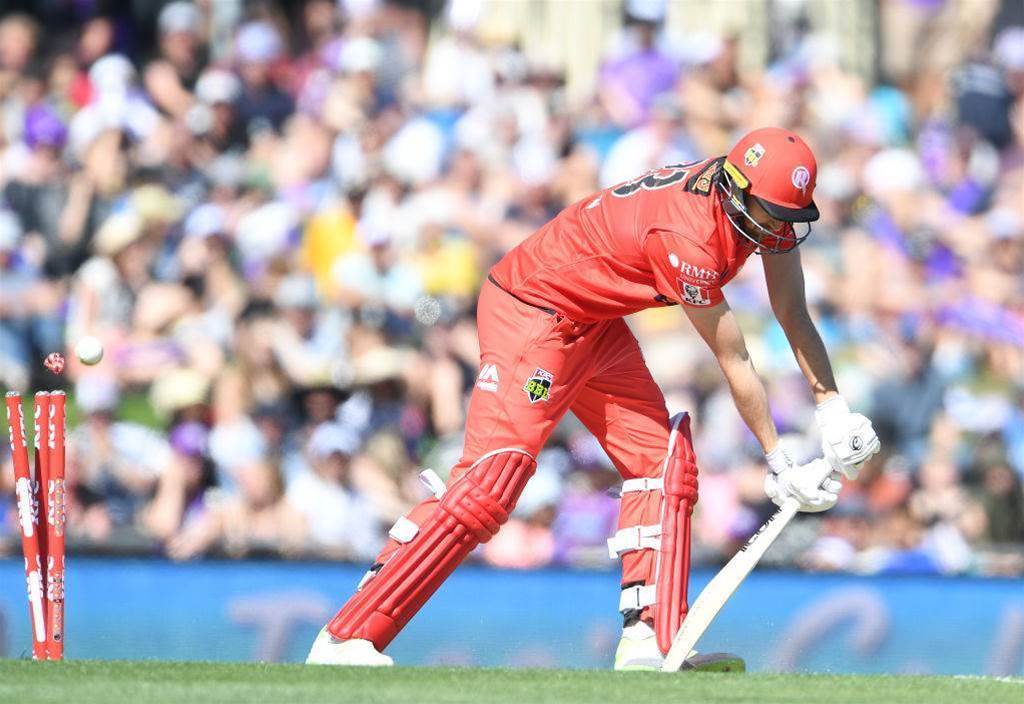 And then there is the bowling. Kane Richardson and Cameron Boyce aside, the Renegades bowling unit has been massively wanting of form so far.

Harry Gurney was a revelation last year but has struggled to find the same heights: three wickets at 47 each with an economy rate of 10.07. New addition Ric Gleeson has been similarly poor with his two wickets coming at 75 each. Gleeson’s economy rate of 10.34 highlights how the Renegades have haemorrhaged runs.

Tom Andrews has been a promising addition to the bowling unit but will need to put in more performances as he did against the Sixers. Jack Wildermuth and Will Sutherland have both been given limited opportunities and have failed to take their chances.

Playing the Stars at the MCG was always going to be a big game for the Renegades. It is now a massive one when entering the game with a record of 0-5. Another defeat could signal an early end to their aspirations of defending the title.

This year’s finals format includes the team in fifth position so could leave the door open for the Renegades. However, it is the performances rather than the position that will ultimately count. As it stands today, there is a gulf in class between the top and bottom of the standings.

However, an upset victory due to a whole round performance could kickstart the Renegades stalling season. Maybe.