Thursday saw two games in the BBL with the winners making hard work of run chases.

In Sydney, the Stars lost wickets late on as Sydney Thunder threatened to steal a game they had no right winning. At Marvel Stadium, the Renegades slipped to another defeat as Sydney Sixers closed out a win with a ball of the match remaining.

In the standings, the Stars lead the Sixers on net run-rate with both teams on eight points. For the Renegades, they are still bottom with five straight defeats. Thunder is currently in fourth place but has played more games than the teams around them. 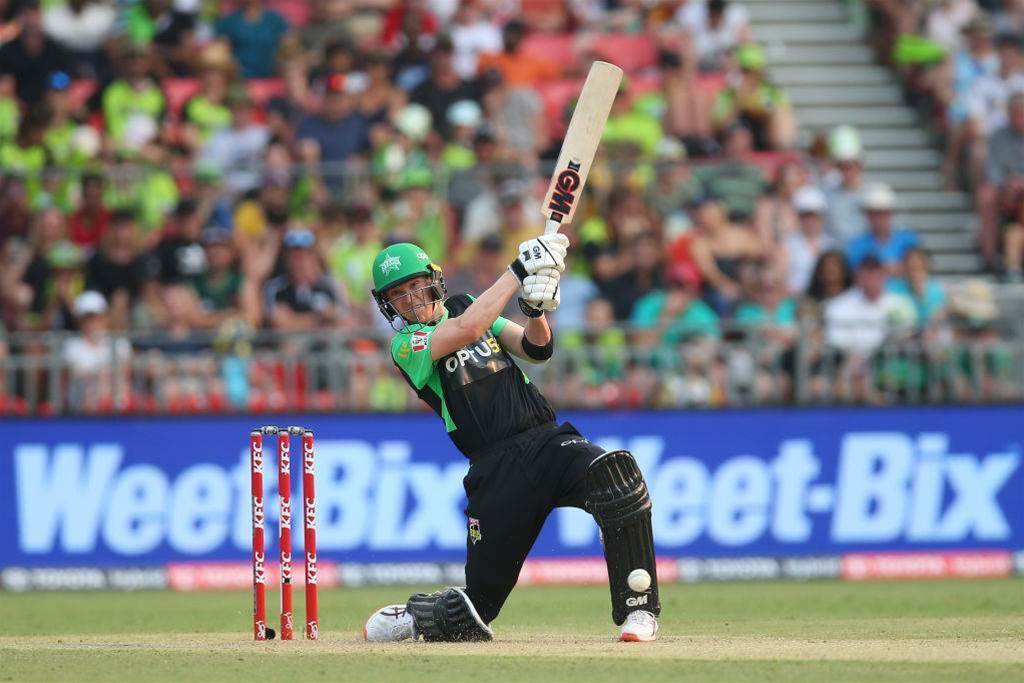 Glenn Maxwell’s decision to take the new ball proved inspired as the Stars’ captain removed Alex Hales and Usman Khawaja in his first seven balls. Both openers were bowled as Maxwell wreaked havoc early on. Thunder managed to get through the rest of the powerplay unscathed but was soon back in trouble when Haris Rauf, in the side because of an injury to Sandeep Lamicchane, picked up the wicket of in-form Callum Ferguson for 19.

At the other end, Matthew Gilkes was going well, but he perished to a mishit to leave the Thunder at 4/71 in the 11th over. Chris Morris’ poor BBL form with the bat continued when Adam Zampa picked up a smart caught and bowled chance. Thunder’s last recognised batter Alex Ross managed to play a few shots while Daniel Sams finally scored some runs after a series of ducks in this year’s competition.

The mini recovery was short-lived as Haris Rauf removed Sams then Ross with sheer pace. Sams lost his middle stump to a 143kph ball before a 147kph delivery beat Ross. Had it not been for Arjun Nair’s hitting out, adding 17 from 11 balls, Thunder would have posted an even less impressive total than 7/142.

Thunder needed a fast start, and Sams provided that with a wicket maiden in the opening over. Maddinson will feel slightly hard done by as the ball kept low. Marcus Stoinis and Nick Larkin soon recovered the position, and the Stars soon took control of the chase.

Thunder could not find a way through as both batters calmly accumulated runs. Larkin was first to bring up his fifty, off 36 balls and looked to kick on. With 20 runs to get, Larkin mistimed a pull and Sams took the catch. Morris was the bowler, and Stoinis took another eight off his over before he too perished playing a rash shot. This time, it was Chris Green at long-on who took the catch. Stoinis’s 58 had helped the Stars within 12 runs of victory.

Surely, it was a matter of time with Maxwell at the crease? When the Stars’ captain nicked off, it was suddenly a different game which changed again when Sams cleaned up Ben Dunk first ball. Stars had lost four wickets for ten runs to make a straightforward run chase anything but.

Even in the final over, Stars managed to lose two more wickets before stumbling over the line with two balls remaining. 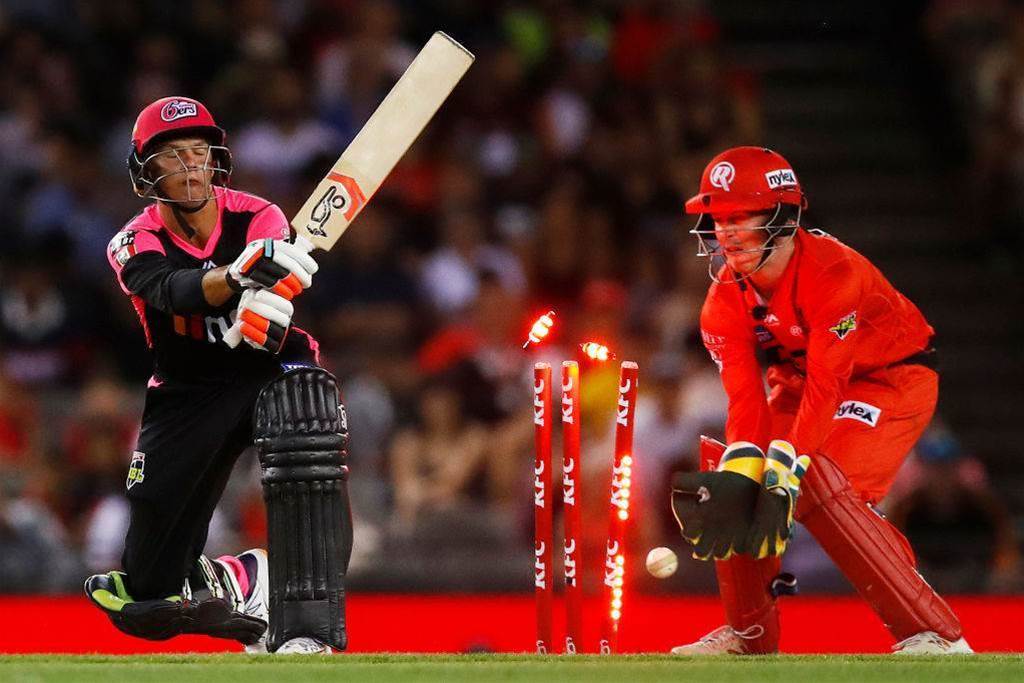 Aaron Finch’s inconsistent BBL campaign continued when he fell cheaply. With Finch having scored nine runs, he mistimed a drive and chipped the ball to Moises Henriques off the bowling of Jackson Bird.  Fellow opener Sam Harper faired much better with a quickfire 45, from 24 balls, before falling to a Tom Curran slower ball.

Marcus Harris was next to fall when the increasingly impressive Lloyd Pope’s googly was misread. Pope’s next victim was Beau Webster, another victim of the googly, for 17. The Renegades were in dire need of Shaun Marsh kicking on, but a poor shot choice saw his dismissal for 40. It was symptomatic of the BBL08 champions’ problems. Dan Christian’s late hitting helped the Renegades to 6/153. The all-rounder’s 32 from 17 balls, with a six and three fours, was much needed.

The Sixers’ response started well with Josh Philippe and Daniel Hughes punishing any bad balls. The fifty partnership came up in 6.3 overs as the Sixers looking like they would make light work of the total. Tom Andrews, with his very first ball in the BBL, made the breakthrough. Philippe somehow missed a ball on middle stump and was bowled. Hughes followed soon after when Cameron Boyce tempted him into a slog sweep which did not have enough to find the boundary. When Moises Henriques fell LBW to Andrews for a three-ball duck, the Renegades sensed that they were back in the game.

James Vince and Jordan Silk batted like this was not the case, and the two batters should have seen the game through. However, Vince played around a quicker delivery from Boyce and had to go for 41. In total control, Vince could not believe how he had played that delivery. However, he had to go with 17 runs required from 12 balls.

Silk and Tom Curran nursed the Sixers to victory off the penultimate ball to condemn the Renegades to another defeat.