The England international has signed for Perth Scorchers in this year’s BBL.

Jordan has already played in Adelaide and Sydney, turning out for the Thunder last season, and now heading west.  His quality death bowling will be crucial as the Scorchers are already suffering with injuries to Jason Behrendorff and Andrew Tye.

Jordan has played 12 BBL matches, across two seasons, and has 14 wickets at 25.07 with an economy rate of 9.12. Despite conceding at such a rate, Jordan’s strike rate is 16.50. Jordan’s statistics are set against bowling at the death, where batters are accelerating, which makes them more impressive

Scorchers coach Adam Voges will appreciate adding a player with such T20 experience to his squad with Michael Klinger retired and Shaun Marsh moving to Melbourne to join the Renegades.

“When the opportunity came up, it was a pretty hard one to turn down from the point of view of Perth is a team that I’ve always admired from afar," said journeyman Jordan on his return to the BBL for hsi now-third team.

"I’ve been playing against them. I’ve been watching them, how they operate.  I’m very much looking forward to it."

Jordan’s white-ball career has seen him play in the Caribbean, India, Pakistan and at home. Fitting into a new team, in Perth, will not faze the player.

“It’s part and parcel of playing for franchise cricket. You try to settle as quickly as possible because sometimes you don’t have that much time to hit the ground running,” said Jordan.

“You have to get to know your teammates, get to understand how the team operates and what makes the team tick and just trying to slot in.”

The Scorchers have lost Behrendorff for the season, and Tye’s injury will wipe out a significant portion of BBL09. With Nathan Coulter-Nile having left, Jhye Richardson and Jordan are likely to bear the weight of responsibility to take wickets. Youngster Cameron Green is having an inspired season but will not be expected to be a significant wicket-taker.

Despite the injury woes and lack of depth, Jordan doesn’t feel that there is more pressure on him to perform. 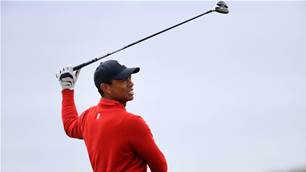