Saturday night’s clash of the Marsh brothers at Optus Stadium saw the Scorchers narrowly beat the champions before Sunday’s matches were dominated by individual performances.

For the Stars, it was Marcus Stoinis and Haris Rauf combining to hand the Hurricanes a significant defeat. In the evening match, Chris Lynn was in sublime form to help Brisbane post the first post-200 score of this year’s BBL.

Having been put in to bat by Aaron Finch, the Scorchers’ batters flourished on a good batting track in Perth.

Englishmen Ric Gleeson (1-49) and Harry Gurney (1-55) were particularly expensive as Scorchers’ captain Mitch Marsh teed off at the end of the innings. Cameron Bancroft’s fine 51, supported by Liam Livingstone and Ashton Turner, set up a platform for Marsh to accelerate.

Kane Richardson was the pick of the ‘Gades bowlers with 4-22, but the Scorchers reached 7/196.

The Renegades got off to their predictably explosive start but losing both openers in seven balls arrested the momentum.

Finch was flying at a strike rate of 186.66 until Chris Jordan had him caught by Turner for 28. With Sam Harper and Tom Cooper back in the sheds at 3/64, Shaun Marsh and Beau Webster set about recovering the position.

The Scorchers spinner proved difficult to score off, and Marsh’s frustration led to the mistake. The partnership had been worth 92, but the champions still needed another 41 from 35 balls.

Four balls later, Dan Christian slogged at a ball and sent it flying towards long-on. Jordan came around the boundary at pace, dived full length and took the catch.

The moment seemed to take the momentum away from the Renegades, and the total proved too much to chase.

Had it not been for a spectacular catch from Simon Milenko at backward point, the duo may have batted through the innings. Ben Dunk joined Stoinis and played a bright and breezy innings before misjudging a Qais Ahmed delivery. 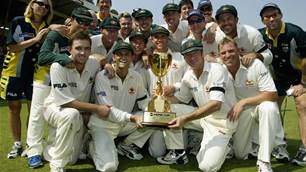