Adelaide Strikers have made a move up the standings with a thumping win against Brisbane Heat before another win in Tasmania. 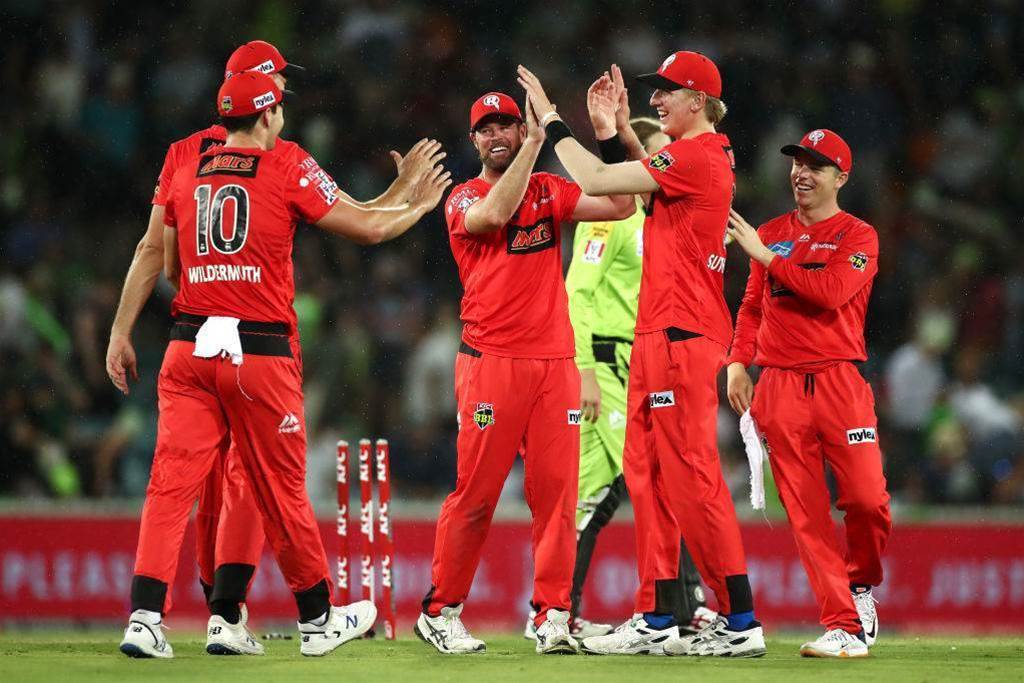 In a rain-affected game, the Melbourne Renegades finally won a match in BBL09. Sydney Thunder fell short of their 14-over target after rain reduced their batting innings at Manuka Oval.  Sam Harper starred for the Renegades with a brisk 52, ably assisted by Shaun Marsh, as the Renegades posted a total of 4/172. Chris Morris took punishment from the Renegades as he conceded 40 runs in three overs.

When the rain did fall in Canberra, Thunder had already lost key wickets. Usman Khawaja, Callum Ferguson and Daniel Sams had fallen as Thunder struggled to 3/31. When play finally resumed, a revised total of 135 from 14 overs was required by the men in green.  Thunder continued to lose wickets while Alex Ross shored up the other end.  When he fell for 51 from 27 balls, the score was 7/109 with an over left of the game. 26 off the last over was too much, and the BBL08 champions were finally off the mark. 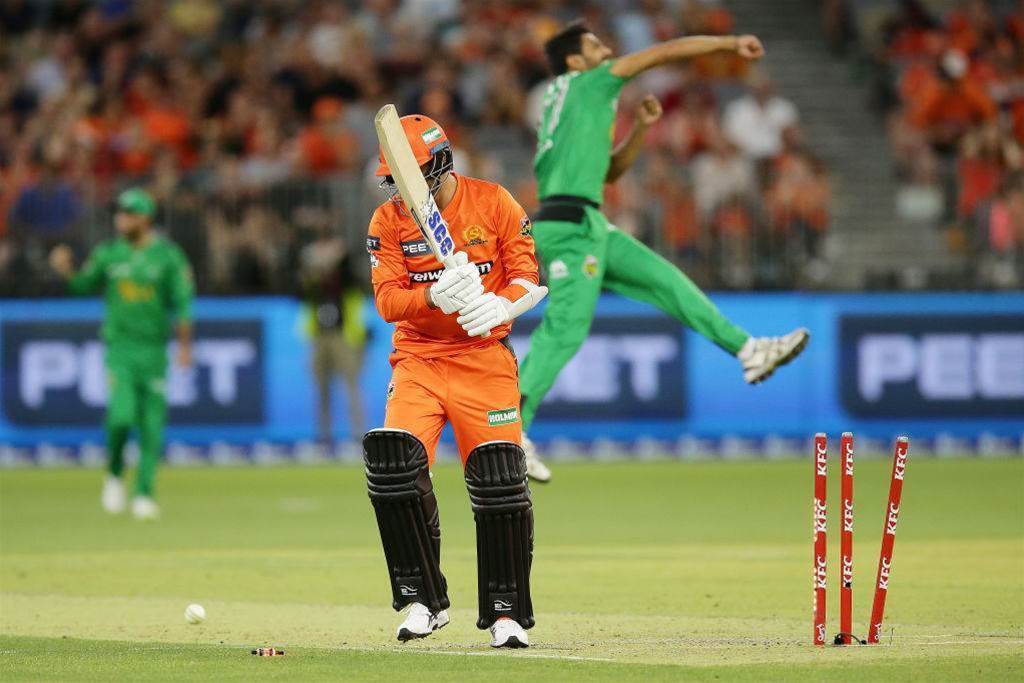 A dominant performance from the Stars saw them run out easy winners. For the Scorchers, it was a demoralising defeat as they were bowled out for 86 at home. Josh Inglis’ scored 37, but the Perth side lost nine wickets for 47. Jackson Coleman took an impressive 3-16 while Sandeep Lamichhane conceded just seven runs from three overs. Pressure from good bowling saw the Scorchers’ innings fall apart in less than 14 overs.

The run chase was a formality for the Stars who did so in 12 overs. Marcus Stoinis was impressive again with 39 not out while Hilton Cartwright and Ben Dunk were to the two wickets to fall. The Scorchers could not exert the same pressure as the Stars, with the first wicket falling on 47, and lost heavily at Optus Stadium. 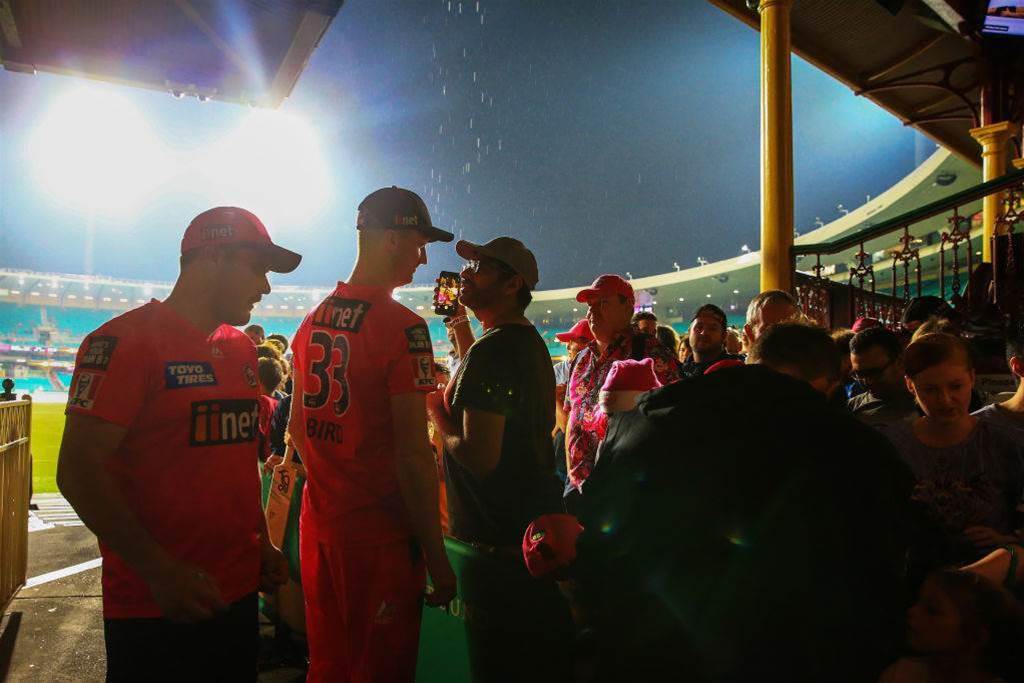 Only 6.4 overs could be bowled as rain washed out the Sixers and the Hurricanes at the SCG. The abandonment is not what the Hurricanes needed with their current position in the standings. For the Sixers, they will be less concerned. Having been asked to bat, the Sixers lost Josh Philippe and James Vince within the space of three balls before recovering to 2/45 before rain ended the contest. 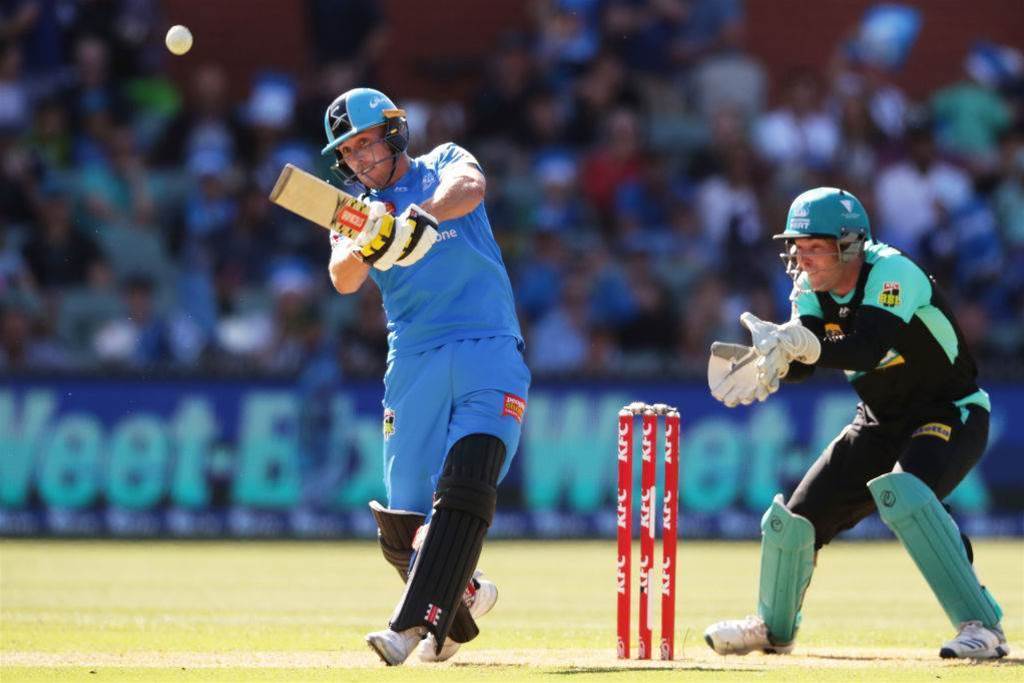 Adelaide had beaten heavily by Brisbane three days earlier, but revenge was quickly served at Adelaide Oval. Chris Lynn won the bat toss and decided to bat first, but the Heat soon found it tough going. The wicket of AB de Villiers, smashing his third ball to Jake Weatherald in the deep, was disappointing. When Lynn fell of a good over the shoulder catch by Rashid Khan, it signalled a familiar collapse for the men from Brisbane.

Losing eight wickets for 47 runs, the Heat managed to get to 100, but the total was woefully short of a par score. The question was how quickly the Strikers would run the total down. They did so quickly, efficiently and demoralizingly to run out winners by ten wickets. It was the third time in BBL history a team had won by ten wickets and did so with 55 balls remaining. Phil Salt starred for the Strikers with 67 not out from 38 balls with five sixes and five fours. Mujeeb conceded at over 12 an over as the Strikers batters put the Heat to the sword.