Perth Scorchers gave their fans something to cheer about with a 34-run win against Brisbane Heat at Optus Stadium.

Scoring the highest total in BBL09 so far, the Scorchers then made sure that the Heat’s explosive batters were under pressure from ball one. The pressure of the chase was too much, and the men from WA won their second match in a row.

Sydney Thunder went third in the standings with a win over the Hobart Hurricanes. Thunder’s batters teetered in the run chase before Alex Ross saw his team home. The Hurricanes put in a better performance than their last outing but are still stuck in seventh place. 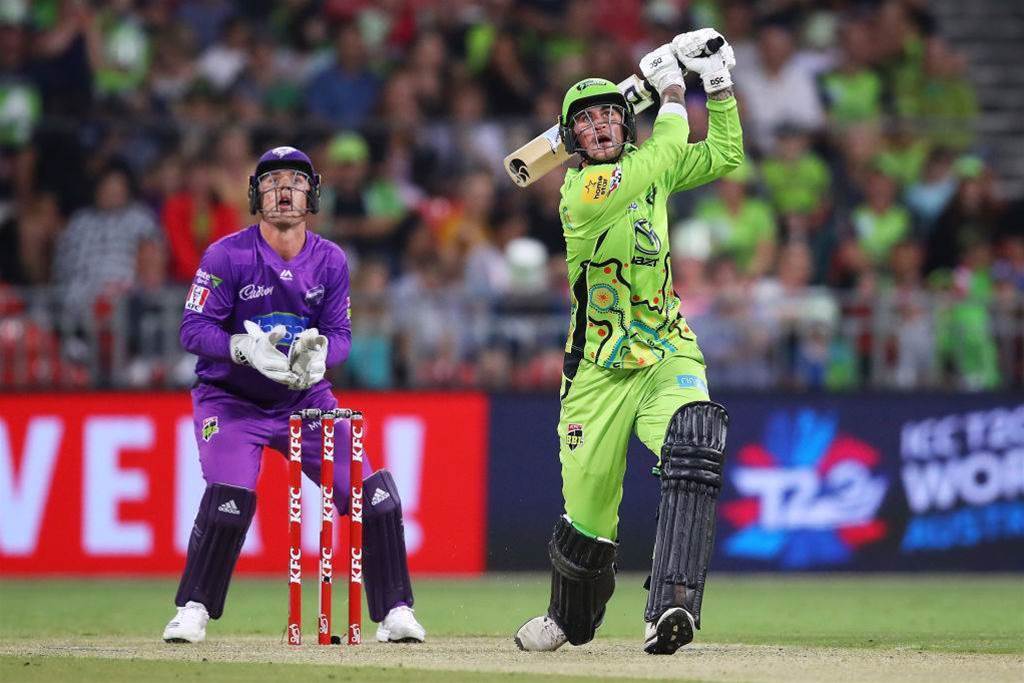 Despite an end of innings wobble, Sydney Thunder ran out winners at Sydney Showground Stadium.  Hobart’s batting proved to be better than Thursday night’s shambles at the Gabba but ultimately was still left wanting. Thunder will look back at the game and wonder why they made it so hard work.

Thunder’s bowlers performed adequately without being spectacular. Daniel Sams added two wickets to his BBL09 Golden Cap leading tally. Chris Morris picked up two key wickets, as he seems to do regularly, to keep the Hurricanes in check. Liam Bowe and Arjun Nair were reasonable, as the Thunder need to replace Chris Green due to his suspension for an illegal bowling action, without being spectacular.

George Bailey and Ben McDermott starred with the bat for Hobart, but both lost their wickets at inopportune moments. Bailey felt himself unlucky that he was given out caught behind, but he had to depart for 43.  McDermott fell in the following over to top edge when his team needed him to go through to the end of the innings. Canes spinner Clive Rose hit 14 runs from five balls at the end to give his team a boost. Finishing on 6/162, the Hurricanes would have rued opportunities missed.

Thunder’s openers Alex Hales, and Usman Khawaja added their third half-century partnership of BBL09. The openers added 96 in 10.2 overs to give their team a solid platform. Hales will look at his dismissal and wonder why he played the shot he did. Slicing the ball to long-on, Hales had thrown his wicket away. Khawaja played another unwise shot in the next over. When the usually reliable Callum Ferguson fell for seven, Thunder had lost three for 11 runs.

It was Alex Ross who played the anchor role with 32 not out. Despite losing Gilkes, Morris and Sams, Ross’s innings saw his team over the line. Ross is averaging over 40 in BBL09 and is proving to be a useful addition from Brisbane Heat. With the win, Thunder kept themselves within touching distance of the top two in the standings while the Hurricanes are still in finals contention despite another loss. 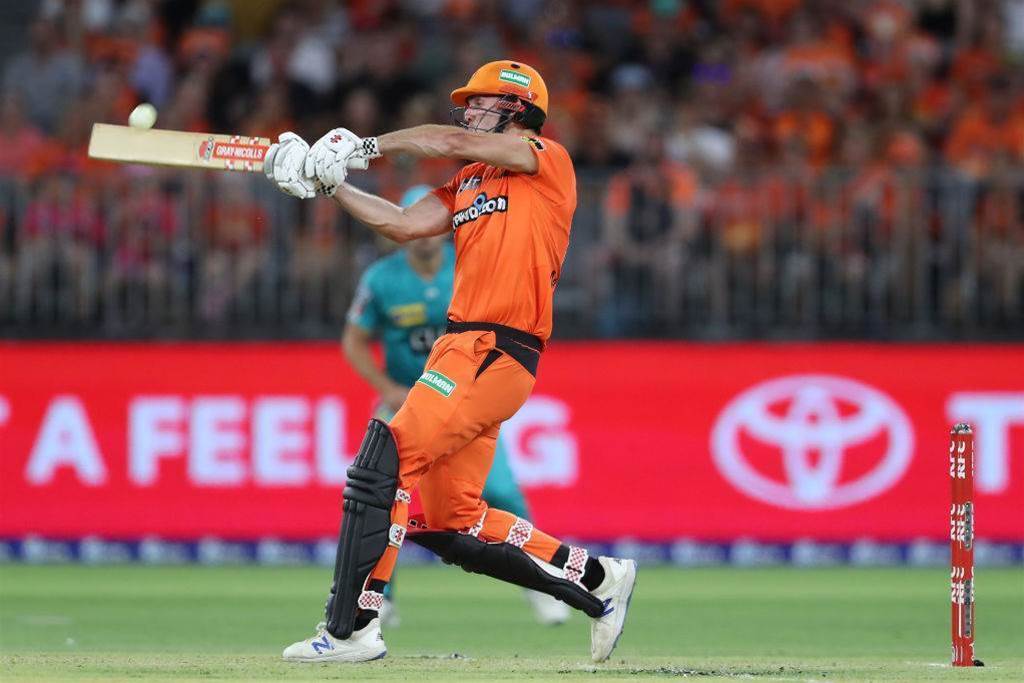 A bad day at the office with the ball from Brisbane Heat was exploited by Perth Scorchers’ captain Mitch Marsh. The Scorchers posted a massive total that proved to be too much for the Heat to chase. The pressure of chasing 214 led to wickets falling too regularly for any momentum to be gained in the Heat’s innings.

The Scorchers batted first with Josh Inglis smashing 28 from 14 balls before Josh Lalor took a smart caught and bowled chance. Liam Livingstone took over from Inglis’ belligerence before falling in the eleventh over. At 3/89, Scorchers were left with Mitch Marsh and Cameron Bancroft at the crease.

Over the next 57 balls, the pair added 124 to take the Scorchers to the third-highest ever total in the BBL. The hitting from March, in particular, was breath-taking. The pace of James Pattinson was meat and drink as the fast bowler was milked for 52 from his four overs.

Ben Laughlin fared even worse as Marsh, according to Cricinfo, took 44 runs from 13 deliveries faced from the bowler. It was a brutal assault from Marsh, right up there with Maxwell’s innings against the Renegades, who finished 93 not out from just 41 balls. Ben Cutting proved to be the only Heat bowler not being hit around Optus Stadium. Perth ended their innings on 3/213 to set a formidable total.

Tom Banton’s last innings for the Heat, as AB de Villiers lands in Brisbane on Monday, was an entertaining half-century but not enough for his side. Losing Max Bryant for five, Matthew Renshaw for one and the key wicket of Chris Lynn for 14 meant that Brisbane’s winning streak ended in Perth. Joe Burns refused to give the chase up, playing some nice shots, but the lack of support saw the Heat fall short of their target.